When I decided to work and live on a com­munal farm that pro­duces organic veg­etables in the summer of 2016, I antic­i­pated finding my vocation in a state of pas­toral bliss. Instead, I found humility.

I will be honest, the decision to move to the farm was fueled by reading a lot of agrarian lit­er­ature and ide­alism. At the time I was telling people that I was going to go be a farmer after grad­u­ation and that my degree didn’t matter. I looked down on my family and friends who used smart­phones. I went to escape, to get a slice of the good life.

The past semester I had entrenched myself in Wendell Berry and Blake’s pas­toral poetry. They promised freedom through hard work and a rela­tionship with nature. They said every­thing I wanted to hear as I struggled against the dis­trac­tions of having a phone, a laptop, a tele­vision.

I had decided to turn against the modern world and live my life out in the open, in freedom.

Then the gru­eling labor began. We worked from 5 a.m. to 6 p.m. each Monday through Friday with an hour break for lunch. At first light, we har­vested arugula, asparagus, let­tuces, carrots, water­melons — all the good stuff. Later in the day, we hoed between tomato plants strung on trel­lises in blis­ter­ingly hot green­houses. The tomato plants stained my forearms as dark as my sweat-soaked shirt.

But most of the after­noons were spent bent over weeding rows of veg­etables. My ham­strings tightened into knots from all the stress. My back ached each morning. But then I got used to it. It was just the cost of a dream.

Wednesdays and Sat­urdays were market days. On those hal­lowed days of respite we worked from 3 a.m. loading the truck to 4 p.m. unloading. But in the middle was a foray into Ann Arbor where we ate gigantic sand­wiches at Zingerman’s Deli for our weekly taste of meat.

The more I got to know my coworkers who were slightly strung out on all kinds of sub­stances (LSD, Mar­i­juana, Opium, Mush­rooms were all players) at dif­ferent times, I realized that they weren’t there for a quaint agri­cul­tural lifestyle. They went to find peace, maybe, but they mainly wanted a job and free lodging. Many had been incar­cerated and more than a few had money troubles.

Don’t get me wrong. These are great people. They wel­comed a poetry-loving ide­alist with open arms and let me listen to Snoop Dogg’s “dog­gystyle” on repeat as we washed lettuce and root veg­etables.

But I realized that I had a dif­ferent life path than them.

I had to con­front my ideals of a peaceful, agri­cul­tural life. My coworkers were living on the farm because it was a decent job. The com­munal cooking offered the best food any of us had ever eaten, the work kept us in shape, and the nights felt truly restful. But bent over a bed of carrots, I realized that I had some­thing other than food to give the world.

My room was actually a par­tially exposed porch with a stained mat­tress on the floor and a faux-velvet reading chair in the corner. As dusk fell, I retreated to my room to read and fill my soul. I con­stantly craved time to read and write but it always seemed that the setting sun was setting on me. I was fighting time. The work took too much time. Some nights I would stay up reading until 1 or 2 a.m. and I would regret it pro­foundly the next day.

Talent and cir­cum­stance often force you to change your ambi­tions. When I returned to campus after my summer of physical labor and regained the time to read and write and ponder, I felt ful­filled and appre­ciative of the gifts I have been given.

Working on the farm helped me to find a new vocation, but only by showing me that it was not agri­culture.

I will never regret those hard days bent over veg­etable beds and guz­zling water from a hose in the sun­shine. That summer was for­mative, part of my past that leads ever into the future. 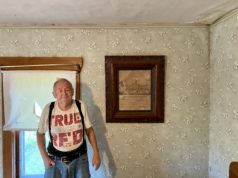 College endowments and cattle-rustlers: The story of John Cole 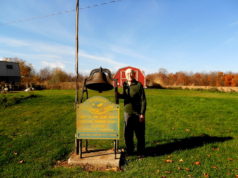 Oldest farm in Hillsdale County dates back to 1834