White House Chief of Staff, Gen. John Kelly, in an impas­sioned speech a couple of weeks ago lamented the growing loss of sacredness he has seen in America throughout his life — from the treatment of women, to life, to religion. He addressed the issue during a daily press briefing, after being stunned by the news that a member of the House of Rep­re­sen­ta­tives had des­e­crated one of the last ves­tiges of sacredness in the country, the treatment of dead sol­diers.

As I heard Kelly’s remarks, I thought of the nature of sacred spaces and the honor those places are due. Such a place on campus is the Alpha Kappa Phi statue built in 1895 to “rec­ognize the Civil War honor of more than 500 Hillsdale College sol­diers who duti­fully answered the call of their country.” Although the space where the mon­ument sits is used in ways that accen­tuate its sacredness, like the 9/11 memorial or the unveiling of the Fred­erick Dou­glass statue, the business of day-to-day life can dis­tract us to think of it as nothing more than the shortest path between the doors of Kendall and Lane halls. If effi­ciency is our goal, then there is nothing wrong with that, but perhaps our actions should be guided by more than val­ueless con­sid­er­a­tions.

The word sacred comes from the Latin sacrare which means to con­se­crate, immor­talize, to set apart. A sacred space is one that is set apart to honor and bring rev­erence to some­thing or someone. Hillsdale College is building Christ Chapel as a place set apart to honor and worship God. The Civil War mon­ument was built to the “memory of our heroic dead who fell in defense of the Union.” This is a sacred space. A space that has been set apart to bring honor and rev­erence to indi­viduals whose selfless actions have made them worthy of deep respect. Among those memo­ri­alized there are three gen­erals, three colonels, five lieu­tenant colonels, three Con­gres­sional Medal of Honor recip­ients, and hun­dreds of stu­dents from our own college whose actions helped save the Union.

The Taft statue and its sur­rounding area is a space that should be set apart. As such, it should not be used for mundane reasons, nor for any other reason than that for which it was intended except in extra­or­dinary cir­cum­stances. Shaving a few seconds off one’s walk from class does not qualify as an extra­or­dinary cir­cum­stance. Perhaps this is much ado about nothing, but in our culture, which increas­ingly replaces objective value with effi­ciency, Gen. Kelly’s call to the nation to save the last ves­tiges of sacredness rings true. Hon­oring dead American sol­diers is important, perhaps we should err on the side of it being more than nothing.

Juan Davalos is a graduate student. 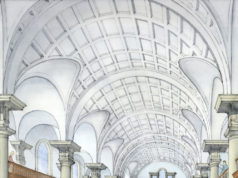 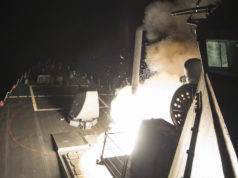 We can all learn from Trump’s courage 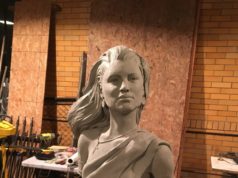