In the wake of another mass shooting in Sutherland Springs, Texas, the cry to gov­ernment to prevent these events is once again at the fore­front of our national con­ver­sation. Gun vio­lence joins the problem of racism as one of the greatest chal­lenges we cur­rently face as a nation — a problem we expect gov­ernment to fix. We can all agree we want change, but let’s assure we are looking for proper solu­tions and that we are searching for change in places where they can actually be found.

The essence of human pros­perity is the ability to overcome adversity — our American spirit is founded and built upon this nature.

By reforming laws, our ancestors defeated the burdens of violent attacks through war, and con­quered the struggles of those who were oppressed — both issues resolved by gov­ernment inter­vention. Today we face similar chal­lenges through the expression of vio­lence and oppression, but they bear dif­ferent burdens and call for dif­ferent solu­tions.

The issues our gen­er­ation face are gun control and race rela­tions. We are called, as were those who came before us, to unite and root out the issues that threaten our com­munity, but we cannot expect the solu­tions of yes­terday to solve the problems of today.

Some his­torical threats man­i­fested them­selves as threats to the nation as a whole and called for a response from the federal gov­ernment because it fell under its juris­diction; whereas the current threats we face, for the most part, affect such a small segment of the pop­u­lation that inter­vention from the state would be inef­fective and, in some cases, even immoral.

For example, a foreign entity attacked Amer­icans 0n 9/11 and therefore called for the unity of our nation under the lead­ership of gov­ernment. With the approval and request of the people, Pres­ident Bush, as the Com­mander in Chief, took mea­sures to increase national security in order to assure such horrors never take place again.

This was seen through dra­matic changes to airline security, the Patriot Act ­— “Pro­viding Appro­priate Tools Required to Intercept and Obstruct Ter­rorism” — and ulti­mately the dec­la­ration of war against ter­rorism. The actions were fitting for the nature of the chal­lenge.

From the time of the abo­lition of slavery to the Civil Rights movement, there is no dispute that the path to freedom for the oppressed had to come from the hands of the leg­islative body. It was the laws of the land that encouraged and allowed for the oppression of African Amer­icans. It was within government’s power to change it. Changes to insti­tu­tional racism came when Con­gress enacted the 13th, 14th, & 15th Amend­ments to the Con­sti­tution and passed the Civil Rights Act of 1964. The actions were fitting for nature of the chal­lenge.

Natural security threats and racism were con­quered by our ancestors and have evolved into what we now know as gun control and race rela­tions. With it, the issues have advanced from a context where gov­ernment was the most pow­erful force, to a sit­u­ation where we as indi­viduals hold the true power for change.

In recent years, the tragic events of mass shootings have risen, and with them, the sup­pli­cation of the people to gov­ernment to prevent these tragedies — through the reg­u­lation of guns  — has been prominent in our culture. In an idio­syn­cratic sense, the sub­ju­gation of the racism seen in today’s world faces a similar cry. We nat­u­rally turn to gov­ernment because it is the most pow­erful friend we know, and it served as the solution to the problems of the past.

We become angry that our gov­ernment doesn’t solve the problem, but that assumes that gov­ernment is vested with the power to do so. Pres­ident Dwight Eisen­hower said, “I think people want peace so much that gov­ernment had better get out of their way and let them have it.”

No matter how much we desire it, no level of gov­ernment reg­u­lation or inter­vention will solve gun vio­lence or racism because the chal­lenges of our time are not fos­tered by the threats of foreign powers or the laws of government.These issues arise from cul­tural hatred. And people change culture, not gov­ernment.

When viewing these two issues only through the lenses of our con­tem­porary exis­tence, ignoring their vast history, we fail to serve those who come after us. The natural pro­gression of these issues has inher­ently called us to act, because in our days the power of change rests within our area of control, not government’s. The col­lective power of indi­viduals who unite against a problem far sur­passes that of gov­ernment. Pres­ident Ronald Reagan said, “We can’t help everyone, but everyone can help someone.”

The hour has come where our gen­er­ation must decide if the law of gov­ernment or the nature of humanity is to blame for the vio­lence and oppression we see — and sub­se­quently, decide who is called to action.

Stefan Kleinhenz is a freshman studying the liberal arts. 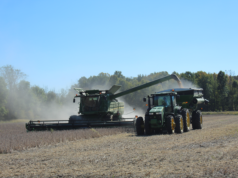 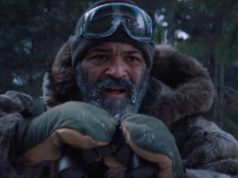 ‘Hold the Dark’ is beautiful, baffling, and chilling 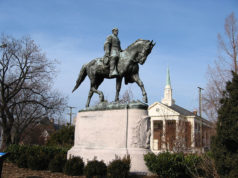 History Must Be Accepted and Celebrated, not Destroyed