Dawn Townley is reaching a set­tlement with the city of Hillsdale con­cerning a whistle­blower lawsuit, after months of extensive nego­ti­a­tions, according to a doc­ument released before a city council meeting on Monday.

The doc­ument — spec­ified as a status update — is not an official court dis­closure, but John Lovinger, the city’s attorney, said at the city council meeting that it was meant to dispel doubts about the case’s progress.

Lovinger said nego­ti­a­tions have ended and that the lit­i­gation of Dawn Townley v. Hillsdale City Council, Hillsdale Board of Public Util­ities, David Mackie, and Mike Barber has been resolved.

Townley refused pre­vious set­tlement offers and insisted on taking the case to trial, which was held Sept. 8. Shortly after the trial, a set­tlement con­ference between City Manager David Mackie, his attorney Audrey Forbush, Townley, and her attorney Colin Nyeholt occurred on Sept. 25, according to the doc­ument. The status update indi­cates that the parties reached a set­tlement for $80,000, calling it an “eco­nomic decision” on the city’s part.

Lovinger said the set­tlement is not an indi­cation of the city’s guilt. According to the doc­ument, Townley agreed to state the set­tlement was not an admission of guilt on the part of the defen­dants. The status update also said Townley agreed not to seek re-employment by either the City of Hillsdale or the BPU.

According to doc­u­ments filed in the Western Dis­trict Court of Michigan, Southern Division, Townley claimed shortly after being hired by the BPU, Mackie asked her to inves­tigate sus­pi­cions that “former director Director Rick Rose and accountant Annette Kinney had been embez­zling from the orga­ni­zation.”

While she inves­ti­gated Rose and Kinney, Townley claimed she found evi­dence that the current BPU Director Mike Barber had also embezzled money from the city. She said Barber ver­bally bragged about using the city’s credit card to go to a restaurant with his family.

Townley claimed after her dis­covery, Barber began to “harass her in the work­place” with the intention of “pushing her out,” according to the plaintiff’s com­plaint.

Barber said he fired Townley because she was not per­forming her duty or com­pleting the tasks her position required, according to a response filed by the defen­dants.

“The employment deci­sions made by defen­dants with regard to plaintiff were based on sound legit­imate business judgement and based on the per­for­mance and mis­conduct by plaintiff,” the defen­dants said in the response.

Lovinger said although some of the BPU’s actions were found to be inap­pro­priate, there was no evi­dence that Barber and his pre­de­cessors had com­mitted large scale fraud by embez­zling more than $7 million as Townley had claimed.

“The only evi­dence dis­covered related to the fraud­ulent use of a BPU credit card by prior admin­is­trative staff, but nothing involving any of the defen­dants in this case or any current employees,” the status update reads.

Lovinger said there was misuse of the BPU credit card by former admin­is­trative staff but that the exact amount still remains unknown. He said, at most, it cost the city $30,000.

This case will result in tighter control of the BPU’s oper­a­tions, Lovinger said.

“In any neg­ative sit­u­ation, there is a lesson learned,” he said. “In the future, this will not happen, because the city will have more control.” 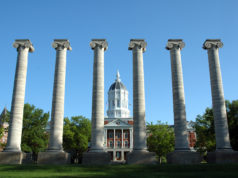 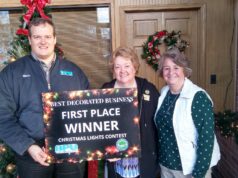