Hudson — When the amateur api­arists of the Lost Nations Bee­keepers Asso­ci­ation extracted honey from their hives in the Sugar Shack, they were too focused to lick their fingers.

And although it was his first extraction, 14-year-old Derek McClory was no exception.

Sep­tember is extraction month, and Sat­urday was the last extraction day for members of the Hudson-based asso­ci­ation before the win­ter­i­zation process begins. Members guided first-timer McClory through the process of extracting honey from bees that the group had bought for him as a schol­arship. The club, one example of the general uptick in hobby bee­keeping, is a response to the nationwide decline in bee pop­u­la­tions.

McClory, who attends Center for Science and Industry in Hudson, said he first learned about the hobby in Mother Earth News mag­azine and decided he wanted in, too.

“He beat us over the head for one and a half years, wanting bee­hives,” said his father, Robert Geeting, adding that McClory sur­prised him with his knowledge of bees he had gleaned from “good ol’ fash­ioned YouTube and Google” as well as library books.

Over the winter, McClory assembled the hive he got for Christmas, again sur­prising Geeting for knowing how the pieces fit together. Although Geeting said he thought the bees could be left on their own once pur­chased, he learned from working with his son and the asso­ci­ation that’s nowhere near the case.

“A beehive is a puppy,” said Steve Clark, the owner of Napoleon Bee Supply in Jackson. “You don’t buy a puppy, chain it to a tree, and walk away. Your beehive is the same way.”

Geeting said the asso­ci­ation gave McClory guidance in addition to a schol­arship.

“You can’t ever replace expe­rience,” Geeting said. “They have made a huge dif­ference, and all the people are great people.”

Rollin Lauber, 74, a veteran bee­keeper of 40 years, founded the asso­ci­ation in January 2017 after drumming up interest through word-of-mouth.

From start to finish, the extraction process took a full afternoon.

Lauber, his partner Lillian Warren, McClory, Geeting, and Lee Daugherty, a member of the board of directors, drove to their hives on Forester Road, sit­uated on 40 acres of land owned by Hudson res­ident Pat Smith. Smith par­tic­i­pates in a gov­ernment program that pays him to let wild­flowers grow, sup­porting bee pop­u­la­tions. Lauber, Warren, and Daugherty pay him rent in honey.

There, they zipped into white, full-body suits with veils and sprayed smoke over the hives. The smoke neu­tralizes a hormone that alerts bees to potential threats to the hive, calming them enough so the keepers can get to work. One by one, members pulled frames out of the box-shaped hives on which bees make honey combs, store honey, and let larvae grow. They checked for mites and dis­eases.

Once that’s done, they set aside some frames for extraction, while leaving others so the bees have enough honey for the winter. Using a special blower, they gently blew the bees away from the frames, enough to cause a flurry of honey bees, but not enough to anger them.

Along the way, Lauber shared his nearly ency­clo­pedic knowledge of bee facts.

He said the rules of beehive society seem harsh — but it’s just nature.

After a queen dies, a female larvae less than 12 hours old is elected. Force-fed in a bigger comb, she’s ready 16 days later, whereas a normal bee needs 21 days. Lauber said any bee seen flying flower to flower is essen­tially a starved female that could have become queen.

Even harsher by human stan­dards is the life of a drone: Male bees, or drones, just exist for repro­duction. The queen knows how many drones are in her hive, and if she needs to make more, she pro­duces them asex­ually. Since they don’t work in the hive, they also get kicked out to die in the winter.

“You gotta hand it to nature, she knows better than we do,” Lauber said.

They’re even sen­sitive to the elec­tro­mag­netism of the earth, using neg­ative ions to nav­igate to and from the hive. During elec­trical storms, Lauber said they essen­tially get a headache.

In the ’70s, Lauber began bee­keeping. Between then and the late ’80s, he kept 350 hives in Texas and tended 800 hives when he moved to the Midwest. This amounted to 40 loca­tions, with 20 colonies to a location, from which he extracted 360 pounds of honey.

Warren rem­i­nisced about the sound she would murmur over the honey flowing through the 3‑inch-wide tube of their honey house: “money, money, money.”

The winter of 1988, however, the par­asite mites that plagued others’ hives hit Lauber’s too, depleting his hive count from 800 to 265.

Lauber stopped nar­rating. It was time for the caravan to drive to the home of vice pres­ident Gregg Durling and sec­retary Ariana Durling, with an adjacent “sugar shack.” Gregg, a 4th-gen­er­ation maple-syrup maker, now lets the club use the space for honey, too.

It’s out­fitted with a two-part con­traption: The first, a man­u­fac­tured wax melter that sits in a repur­posed salad bar Lauber used for the frame, and the second, a spe­cialized spinning vat.

The honey house felt like the inside of a hive: heated — to keep the honey liquid — and buzzing with bees, including yellow jackets that landed on hats, in hair, and almost in the coffee Ariana served. One yellow jacket bit McClory’s wrist.

“It burned,” he said. He lamented almost going the whole season without getting bit, but con­soled himself with the fact it wasn’t a honey bee, so “it didn’t count.”

McClory’s box laden with honey weighed 28.4 pounds. Next, he ran all six sides across a heated edge, scraping off the excess wax that dripped into a bucket below (and gets saved for later). Taking a special brush, he gently scraped off the pollen caps that keep the honey in the comb from being too moist and fer­menting. Honey exposed, Lauber helped him lock the frames into the spokes of a vat where the frames spun until the honey dripped down the sides, through a faucet, and into a bucket.

“Lots of people have come together strong to make it work,” Gregg said.

“It took a while, but it was pretty cool,” McClory said. Before this, he had wanted to build his own extractor from bicycle rims — a cheap Do-It-Yourself tutorial he had seen on Youtube.

While Geeting expressed dis­belief that his son’s first extraction yielded 13 pounds of honey, McClory was ready for the next step: “Now, we need to buy jars.”

While it’s busy in the honey house, Lauber was multi-tasking enough to say a final word about people and pol­itics today.

“Whether they’re protesting or fighting, I’d rather be in a bee’s world.”

It seems as though more people are entering the world of bees, too.

The Lost Nations Bee­keepers Asso­ci­ation has 32 mem­ber­ships, said Ariana, a number that may grow after the Hillsdale County Fair.

At the fair, Warren said she noticed the group’s stall stayed busy, with people expressing interest in and thanking the club for the bee exhibit, which included an obser­vation hive where onlookers could spot the queen.

With the club up and running, members are planning biannual work­shops, schol­arship oppor­tu­nities with 4‑H — a global orga­ni­zation that encourages children to lead projects, par­tic­u­larly in agri­culture — men­tor­ships between expe­ri­enced and new bee­keepers, and a bigger presence at the 2018 Hillsdale County Fair.

For Ariana, bee­keeping is a peaceful activity, and it isn’t about the honey.

“I wanted bee­hives just for the bees,” she said. “I just want to make bees help in the ecosystem.”

Clark said he has sold bees and equipment to people from Tra­verse City to Toledo to Min­neapolis. He said he sells 1,600 packages of bees a year: With 3,000 bees to a package, that’s 4.8 million bees.

He said his company pro­vides classes and con­nects keepers to local edu­ca­tional oppor­tu­nities, as well.

“Most of these people are hungry for infor­mation, and we try to do that edu­cation,” he said.

According to Clark, people get into bee­keeping for two reasons: The hobby helps the envi­ronment, and it’s a way of getting local honey, which has innu­merable health ben­efits.

Lauber said there may be a suc­cessful future raising bees for the bees rather than selling honey — if it’s done cor­rectly. This involves learning how to catch local swarms rather than paying to have them shipped from else­where, a process that could kill the queen. It could also involve growing the pop­u­lation of a hive until it can be split into a second hive that gets another queen, and either repeating this process or selling these hives locally.

Clark said he doesn’t foresee a decline in interest unless the problem of dying bees worsens and researchers can’t find root causes. 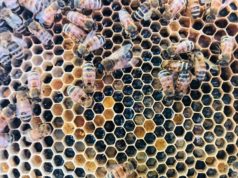 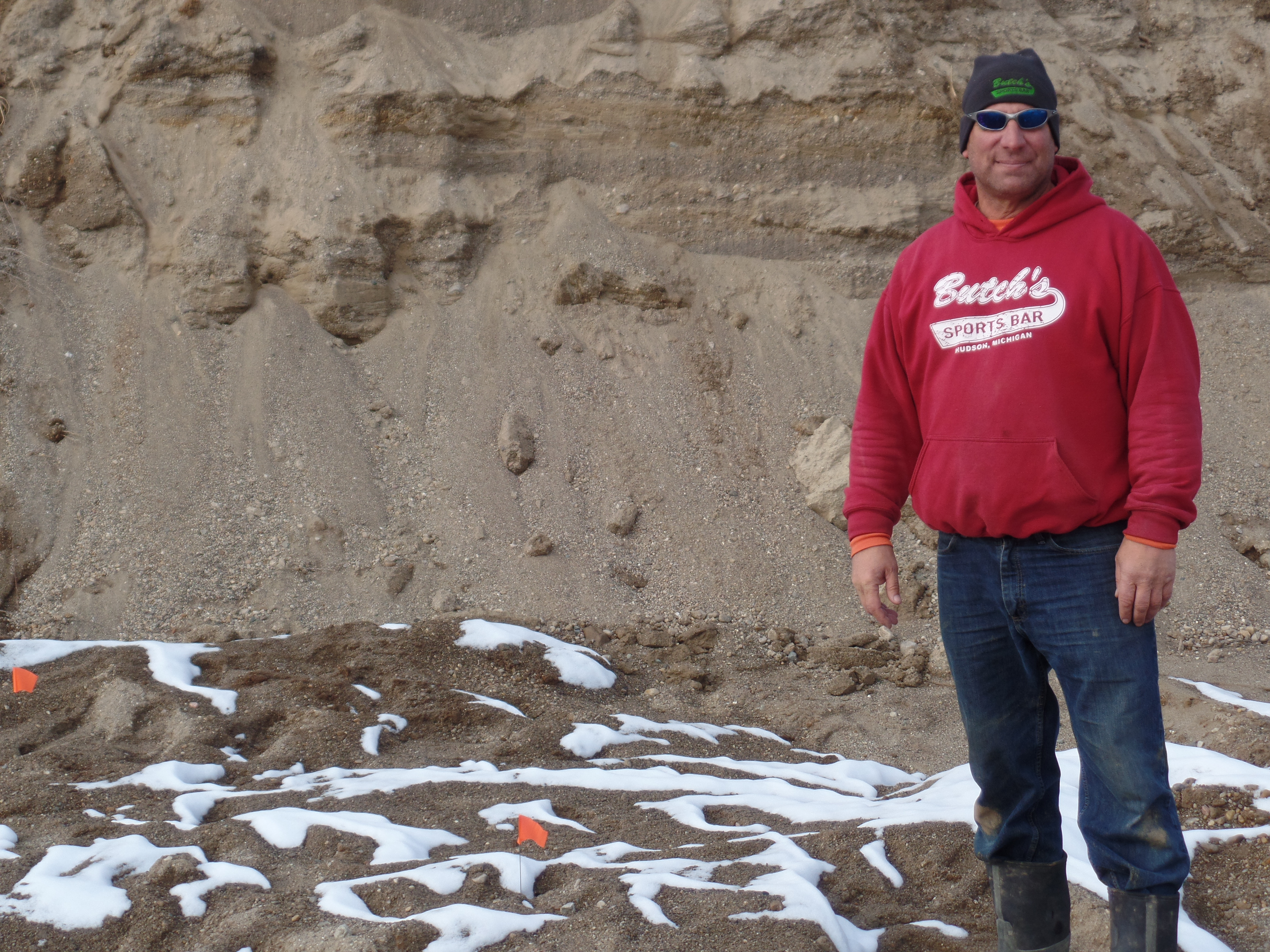