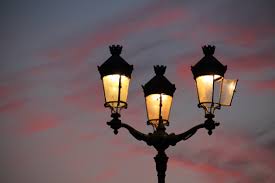 A friend and I threw a frisbee across Manning Street between College Baptist and the front lawn of Delta Tau Delta this past weekend. And even though the sun had set and clouds obscured the light of the moon, we could see the disc fine because new street­lights force res­i­dents of  Manning Street to live in a state of per­petual day.

The new street­lights are a part of the College Park project.

The project, headed by the Board of Trustees, aims to develop housing on Manning Street and town­houses on West Street to create beau­tiful, natural-looking neigh­bor­hoods that coor­dinate nicely with campus, Chief Admin­is­trative Officer Rich Péwé said in a December 2016 interview with The Col­legian.

These street­lights have not accom­plished the goals put forward by the college.

They are not beau­tiful and they do not con­tribute to any­thing that is “natural-looking.”

Nor­mally, the sun rises in the east and sets in the west. The moon undergoes various cycles that offer dif­fering amounts and qual­ities of light. But none of that reflected light is as noxious as the retina-singeing glare that radiates from the street­lights.

And it is not as if these street­lights are simply an incon­se­quential, if poor, aes­thetic choice. They will actually harm Manning res­i­dents’ health.

According to Health.com, light inhibits the secretion of mela­tonin, a hormone that pro­motes restful sleep.

“You want as much darkness in your bedroom as you can handle without tripping over things,” said Joyce Wal­sleben, asso­ciate pro­fessor at the New York Uni­versity School of Med­icine.

And nowadays, inex­pensive arti­ficial light can assuage anyone at any hour of the day. And arti­ficial is the best word to describe the Manning Street lights. Though during the day the poles evoke the old gaslight style, the new lights on Manning Street emit a piercing white LED light.

Light is mea­sured in two ways: lumen and lux. Lumen mea­sures the intensity of light at the source and lux mea­sures the effect of lumen over the surface area it illu­mi­nates.

According to Resmed, a company that designs products to alle­viate the effects of sleep dis­orders, lux can range from 150,000 on a sunny summer day to 1,000 on a cloudy winter day, but at night, even when the moon is out, the lux value is often less than one.

In a bedroom at night the lux value should be no higher than 5. But because of the street­lights, Manning res­i­dents have to contend with light that equates to a per­petual sunrise.

The lights further scramble stu­dents’ already inverted cir­cadian rhythms and make the walk down the hill from campus stressful instead of relaxing. Now, pedes­trians must look down at their feet to avoid retinal damage.

Maybe the college should give out Eclipse Glasses for the walk home.

Though the Board of Trustees wanted to “make the campus stretch down the street,” they have broken the borders between the main campus, where no one lives and events happen at all hours, and the sur­rounding res­i­dential area, where people live and sleep.

Before the instal­lation, Manning Street shadows calmed the nerves of restless stu­dents ready to relax after a day of ardent study.

Now, the harshness of a nighttime stroll down Manning pro­vokes lamen­ta­tions for a simpler time when people could watch their neighbour flick on lamps at dusk, a time when nights were quiet, serene, and, most impor­tantly, dark.

The Lake Hudson Dark Sky Pre­serve is really the only place near Hillsdale to escape the pro­lif­er­ation of light pol­lution. And even then, after enjoying the bril­liant stargazing pos­sible in near blackness, a halo of light from the sur­rounding cities still illu­mi­nates the park enough so that you can always find your car.

For me, there is little recourse. The lights are there and intrude upon my home. Maybe when the LEDs burn out, mellow flu­o­res­cents could replace them and pos­i­tively con­tribute to the aes­thetic quality of Manning Street.

The college, however, should think hard before it installs similar lights on West Street.

Though I will admit it is nice to play frisbee whenever I want, as the sun goes down, I would rather enjoy the steady fade from the golden hour to the blue hour and down into dusk without the street­lights buzzing awake and rebuking the darkness. 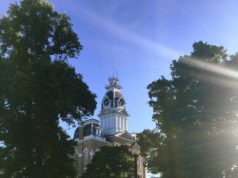 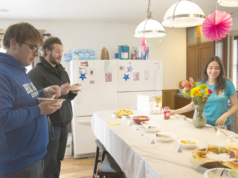 Getting a taste of Manning