The season is upon us: the season of spooky skeletons and eerie lights, of uneaten candy corn and tacky blow-up yard dec­o­ra­tions. But what is Hal­loween without the plethora of scary films that accompany this won­derful time? Per­sonally, I look forward to Hal­loween more than any other holiday in the year. There’s just some­thing about fall, cos­tumes, candy, and being with great friends. So grab a few pals and get started on these five must-watch Hal­loween films!

It goes without saying that John Carpenter’s “Hal­loween” is the most quin­tes­sential October film in history. A campy slasher set in a small mid­western town follows a standard horror movie pattern: creepy psy­chopath with daddy issues stalks a few babysitters, slicing and dicing as he goes along. “Hal­loween” set the standard for a scream queen pro­tag­onist, starring a young Jamie Lee Curtis, before she made the mistake of acting in “Freaky Friday.” This fem­inist slasher was way ahead of its time.

Hailed by most serious Scooby-Doo fans as the best original movie in the franchise’s long run, “Scooby-Doo and the Witch’s Ghost” is an essential fall film for all ages. The story fea­tures a sur­prising par­adigm shift that left fans reeling. Set in a quaint New England town with the backdrop of a Thanks­giving fes­tival, “Scooby-Doo and the Witch’s Ghost” is sure to please those who love a good ani­mated classic and sur­prise those who think that the mon­sters are always people wearing masks.

For those in the mood for a serious scare, the 2008 home invasion film “The Strangers” is a perfect fit. Set in the middle of nowhere in rural Texas, “The Strangers” fea­tures a young couple fighting for their lives against a seem­ingly exis­tential trio of masked mur­derers. The film asks the question, “why do killers kill?” and gives viewers a wild ride of sus­pense, jump scares, and heartwrenching human moments the whole way through. Perhaps the most haunting aspect of the film is the thought that this could happen to anyone.

This cult classic, set in an aban­doned cabin in the woods and starring a young and ener­getic Bruce Campbell, dis­re­gards film con­vention in exchange for a roller-coaster ride of blood, guts, and glory. Campbell is in his element in his first B‑movie role, fighting off demonic girl­friends and the evil spirits that haunt his neck of the woods. Sure to please, “The Evil Dead” is a bas­ketful of laughs, shock value, and the kind of cheap, queasy gore that makes your stomach churn.

Perhaps my favorite of the bunch, Scream is an icon­o­clastic classic, the kind that only comes once in a decade. Taking place during the fall months in a small Cal­i­fornian com­munity, “Scream” follows my favorite scream queen heroine, Sydney Prescott, as she nav­i­gates the twists and turns of senior year drama, with a little dash of a pyscho-killer-on-the-loose. Mixing an all-star cast and good old-fash­ioned scares with Wes Craven’s affinity for meta humor and self-reflection, “Scream” is an exciting ride. 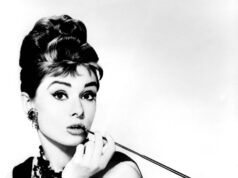 Hillsdale should offer a CCA on Audrey Hepburn’s films 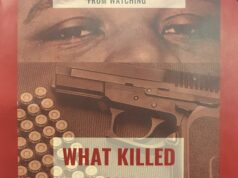 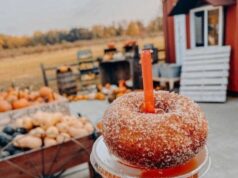