“Five ducks are sitting on a pier, and one of the ducks jumps off into the water. How many ducks are left?”

“An Ethopian would say zero, because if one of the ducks jumped off, the rest would follow,” Bran­nagan said.

Bran­nagan and his wife, Nancy, shared stories from nearly 10 years spent abroad in Ethiopia as Christian mis­sion­aries. They found that spreading the gospel hinges on embracing the country’s cul­tural nar­rative to form rela­tion­ships.

Moving to Addis Ababa, the capital of Ethiopia, with Nancy and their three young children in 1995, Bran­nagan  men­tored Ethiopian pastors as the aca­demic dean at Tale Hewot Sem­inary.

Bran­nagan dis­covered that the Western classroom edu­ca­tional model failed to res­onate with his stu­dents and instead found that his most effective teaching moments came through sto­ry­telling and dis­cus­sions over tea.

Bran­nagan and his family moved back to Hillsdale, Michigan, where his two children grad­uated from Hillsdale College in 2007 and 2010 respec­tively, but his mission work con­tinues: He now shares a story-centric approach to spreading the gospel as the Director of Story-centric Strategies for Evan­gelical Free Church of America, a national church orga­ni­zation with nearly 550 inter­na­tional mis­sion­aries. Research demon­strates that more than 80 percent of the world prefers to learn through nar­rative, Bran­nagan said.

He illus­trated the nar­rative approach by telling the story of a public official in Nigeria who was running for reelection and accused of laun­dering public funds to his family and friends by an  opposing can­didate. Responding to the accu­sation, the public official said, “You’re right. I keep the money for myself, friends, and clan, and now I’m ready to serve you. If you elect this other can­didate, he’ll do the same thing I did.”

Bran­nagan said that the people re-elected the current official.

“In Africa there is a strong group men­tality that pre­dom­i­nates indi­vidual justice. By dis­playing the injustice of nepotism within the context of a story, there is a greater chance that the student’s response is, “I don’t want to be that person. How can I be sure that I won’t turn out that way?’” Bran­nagan said.

Although they landed in dif­ferent con­ti­nents than Bran­nagan, two current Hillsdale stu­dents also expe­ri­enced the impor­tance of under­standing the cul­tural nar­rative to build rela­tion­ships and spread the gospel.

The son of a Lutheran Church-Mis­souri Synod pastor, senior Christopher Horn moved to Papua New Guinea in 2012 where his father served as an admin­is­trator at a Lutheran sem­inary for two years.

By observing his father step into a lead­ership role as a pastor at the local Lutheran sem­inary, Horn saw the chal­lenges for the mis­sionary in a culture based on mutual favors.

“It’s the ability to balance under­standing in the impor­tance of rela­tion­ships and how crucial they are to get any­thing done, but also pri­or­i­tizing fidelity to the gospel message,” Horn said.

Horn spent six months becoming fluent in the Papua New Guinean dialect, Tok Pisin, and as a high school senior, strived to fulfill his vocation as a son and student. He said he tried to help in whatever ways he could, car­pentry projects, remod­eling the sem­inary workshop and a kitchen, and painting one of the mis­sionary homes.

“When you’re there for years at a time, it’s more about living together, eating together, and going to church together. It’s not about the projects that you write home about in your mis­sions reports — that’s short term mis­sions — long-term mis­sions is about being with each other rela­tionally,” Horn said.

Horn met senior John James before coming to Hillsdale through high school Lutheran retreats. James spent five months in India and then three months in Sri Lanka imme­di­ately prior to his freshman year.

Also a son of a Lutheran pastor serving at a sem­inary abroad, James found an avenue to build rela­tion­ships through music. A cellist and man­dolin player, James would accompany his father’s con­gre­gation alongside his brother who played the violin and banjo.

“The best part of my expe­rience was seeing the catholicity of Chris­tianity and wor­shipping with the com­munion of saints overseas. I also found that Indian people are super friendly,” James said.

One day James found himself sitting in the back of a car with one such friendly Indian while driving to a distant church with his father.

Finding that James was well-learned in Lutheran hymns, the Indian sang a series of hymns as a game to see how many James knew.

“When he found that I rec­og­nized one of their foreign hymns, he just kept singing at me,” James said.

Like Horn, James expe­ri­enced the tension of building rela­tion­ships without com­pro­mising the gospel message to adapt to the par­ticular culture.

“I was con­stantly trying to soak in the culture and mark dif­fer­ences and sim­i­lar­ities,” James said. “The liturgy res­onated with us and the Chris­tians there in a very natural way. It is not a Western thing to return con­stantly to God’s promises in his word and sacra­ments.” 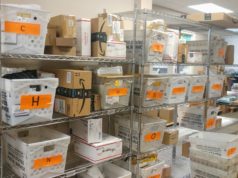