William Boyce founded the Boy Scouts of America in 1910, after he encoun­tered the chivalry of an English Boy Scout who had been a Scout under the founder of Boy Scouting in England, Lord Robert Baden Powell. Powell founded the program with the purpose of taking young boys and teaching them the impor­tance of civic duty, outdoor clean­liness, and patri­otism.

While his vision has stood for over a century, it was rad­i­cally altered by the Boy Scouts of America Exec­utive Council last week with their decision to admit girls into the Boy Scouting program.  Many Scouts and sup­porters of the Boy Scouts are now asking, “Will this be the end of Boy Scouts as we know it?”

According to Chief Exec­utive of the Boy Scouts of America Michael Sur­baugh, “The values of Scouting…are important for both young men and women. We believe it is critical to evolve how our pro­grams meet the needs of fam­ilies inter­ested in pos­itive and lifelong expe­ri­ences for their children.”

This expla­nation seems altru­istic and pro­gressive. But while the values of scouting ­— good conduct, honesty, civic activity, and lead­ership — are important to everyone, the Scouting program as put forth by Powell was designed to develop young boys into men. Boy Scouting was not meant to evolve into a family-friendly camping expe­rience.

Powell became a revered veteran and a British household name fol­lowing his strategic battle vic­tories in the second Boer War, specif­i­cally during the Siege of Mafeking. After the war, he started writing a book called “Aids to Scouting” for men at war to aide them in their battle strategy.

When word got back to Powell that young boys had started to read it and practice the skills they learned, he sought to make a version for them with an emphasis on morality and cheerful service to others. Thus came “Scouting for Boys.”  In 1910, the Boy Scouts started in America, and since then has been known for pro­ducing men of good char­acter, dutiful cit­izens, and pre­pared members of society.

Powell orig­i­nally didn’t even intend to cater to an audience of boys at peace, but rather, men at war. But once his mission changed, he created one of the best youth devel­opment pro­grams ever. The idea was to take boys and have them learn from older and wiser men so that the boys could become pro­ductive and suc­cessful men in society.

Future female par­tic­i­pants of the Boy Scouts of America will glean a great foun­dation in the pillars of Boy Scouting: proper outdoor prac­tices through the Leave no Trace prin­ciples, high moral stan­dards from the Scout Oath and Law, and reli­gious virtue.

Nev­er­theless, the under­lying theme of boys learning to become men will not be applicable because young girls are not trying to become young men.  This will also present a host of dilemmas for Scout Leaders with regard to teaching style, logistics, youth pro­tection, the buddy system, and sleeping arrange­ments.

Girl Scouts com­plain that the program does not provide the same level of camping options or outdoor adventure oppor­tu­nities as the Boy Scouts. That claim is valid, but the desire to let girls into Boy Scouts because the Girl Scout program is defi­cient is mis­guided.

Because Girl Scouts of America has no intention of improving their program with regard to high adventure or emu­lating the Boy Scout program, other pro­grams have been created to meet their needs.  Some examples of alter­native Scout pro­grams include the Venture program for ages 14 – 18, Sea Scouts for ages 14 – 21, and the American Her­itage Girls for ages 5 – 18.

While this decision will not bring about the end of the program, it will dras­ti­cally alter the Boy Scout program as we know it and Powell intended it.  And that’s a tragedy.

Austin Gergens is a freshman studying the liberal arts. He is an Eagle Scout. 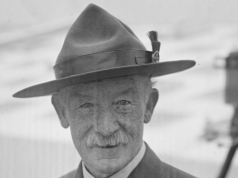 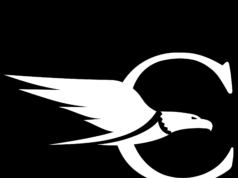 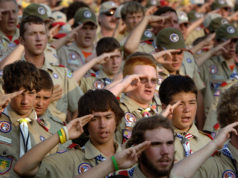 Just call them “Scouts”: BSA decision is a half-measure