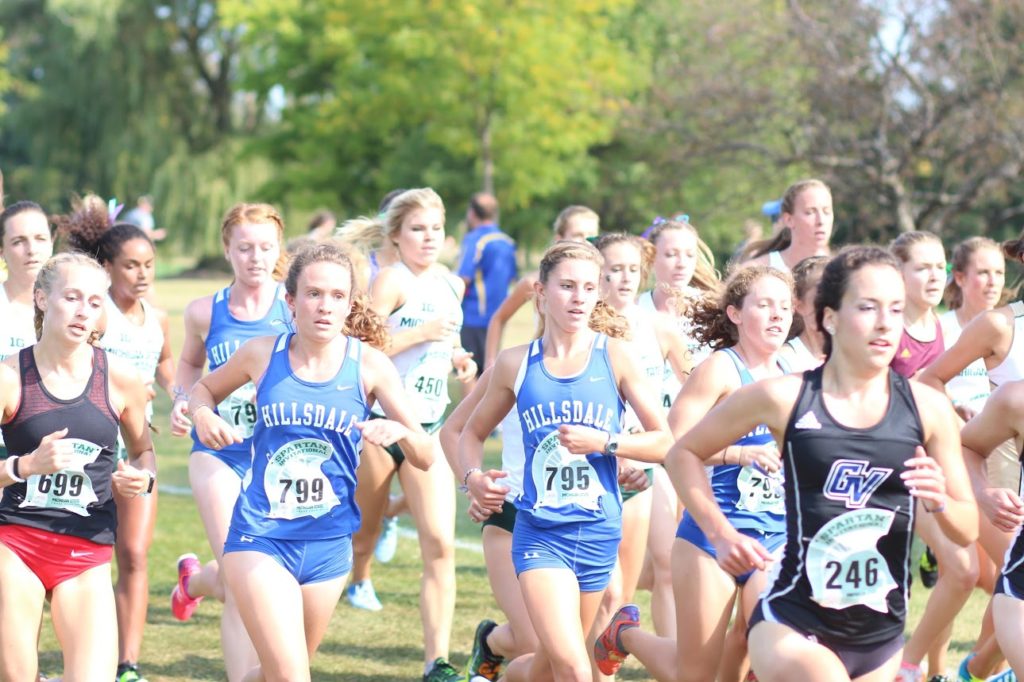 That number could have been four if it included sophomore Arena Lewis, who only raced in one race last year because of mul­tiple injuries, essen­tially making her a new runner, head coach Andrew Towne ’04 said.

“We’re really happy with how they’re doing,” Towne said of the freshmen. “That was a very solid race for us this weekend.”

Towne said the plan was for the women to run in their workout groups and then take the leash off toward the end and see what they could do, which he said they exe­cuted well. While pack running is a strategy most teams attempt, he said the Hillsdale women made it pos­sible because they’re equally tal­ented.

McIntyre, who was just one minute slower than her per­sonal record, said while she felt sick Thursday, she muscled through and was happy with not only the external goals she met but the gritty men­tality she main­tained.

“We have a really young team, but we have a senior class who has dealt with a whole spectrum of expe­rience,” McIntyre said. “There’s thick talent among the freshmen, which can be unpre­dictable, but we worked really well together.”

Lewis was quick to credit the freshmen and her team for her per­for­mance.

“The freshmen are unreal,” Lewis said. “The team is the only reason I did well. Our team motto is ‘sac­rifice,’ and I had to remember all my other team­mates are out here hurting, too.”

If there’s one thing Lewis said her team could improve, it’s com­mu­ni­cation.

The meet on Friday and the rankings released on Tuesday were a nice con­fi­dence boost, assistant coach Samantha Kearney said.

The team also got what it was looking for in terms of key areas to work on, she said.

“Right now, the girls run well in pairs, but closing the dis­tances between those pairs will be the focus going forward,” she said.

The next meet will be Sept. 30 in Louisville, Ken­tucky. Towne said the main focus will be on the little things that add up, such as attention to hydration and running a 5K as opposed to the cham­pi­onship dis­tance, a 6K.

The Louisville meet will expose the team to even more Division‑I com­pe­tition.

“That’s some­thing that we push no matter the season,” Towne said. “We don’t want to get into cham­pi­onship season and have our first exposure to other elite ath­letes. We want to be com­fortable com­peting against the very best and see where we stack up.”

“She’s def­i­nitely off to her best start yet, which is saying some­thing, con­sid­ering the career she’s had so far,” Towne said of the three-time All-American.

McIntyre, who also received GLIAC Athlete of the Week honors last year, said it’s an honor to be rec­og­nized, and she’s excited to compete in the new con­ference and see how it com­pares.

“It’ll be nice to be with schools on the same wave­length as Hillsdale,” McIntyre said, ref­er­encing how in the GLIAC, Grand Valley State Uni­versity could dom­inate regionally because of its large roster. “We have a lot of quality, but just past a certain extent, that can’t compete with quantity. Being in the G‑MAC will just be more of a level playing field.”