Every March, hun­dreds of middle school stu­dents across the country wait in sus­pense to see how much weight a tower they designed and built can hold. The event is a part of Science Olympiad, a com­pe­tition for middle-school and high-school stu­dents involving a variety of science-related tasks.

“Weeks of work for moments of panic,” senior Randi Block said of the event at the Science Olympiad regional com­pe­tition.

This year, Hillsdale stu­dents will have an oppor­tunity to par­tic­ipate as Science Olympiad coaches through a new campus club ded­i­cated to coaching Science Olympiad par­tic­i­pants at Hudson Middle School. Block and senior Lauren Barlass, who have both coached Hudson stu­dents for the past two years, will carpool to Hudson, Michigan, to coach the 15-student Science Olympiad team for two hours each week.

“It empowers the kids to do science because a lot of them have a mis­con­ception that they aren’t smart enough for it,” Barlass said.

Block com­peted in Science Olympiad for two years during high school. She said her time com­peting and coaching has been worth it, despite her busy schedule.

“There is some­thing for everyone…a lot of it is not as ‘sci­en­tific’ as you would think,” Block said.

The 23 dif­ferent events of Science Olympiad offer a wide variety of topics for par­tic­i­pants. In the Towers event, stu­dents compete to see which team can build the strongest but lightest wooden tower. In Exper­i­mental Design, stu­dents design, conduct, and write a report on an exper­iment using mate­rials pro­vided at the event.

Stu­dents learn about how to identify dif­ferent food­borne ill­nesses in the Disease Detec­tives event, which Barlass coaches. This year, stu­dents are asked the cause and solution for out­breaks in various sce­narios.

In the Hov­er­craft event, stu­dents build a self-pro­pelled, air-lev­i­tated vehicle to be the fastest and heaviest it can be within a weight limit. In Crime Busters, stu­dents must solve a crime by ana­lyzing hair, fin­ger­prints, fibers, tire treads, shoeprints, and other forensic evi­dence.

Above all, the Science Olympiad club exists to give back to the com­munity, Block said.

“It’s very rewarding to see the per­sonal growth in the stu­dents,” Block said. “I’m very proud of my kids.”

Block said her notion of what it meant to be a Science Olympiad coach changed over time.

“I thought I had to prepare lectures…but so much of what I’ve learned is that it is giving kids material to study on their own,” Block said. “It’s equipping them to learn on their own…very similar to how Hillsdale wants to teach.”

Asso­ciate Pro­fessor of Biology Jeffrey Van Zant, the club’s faculty adviser, said it gives stu­dents oppor­tu­nities to get excited about science by giving them hands-on expe­rience. Van Zant said he developed his love for science at an early age by exploring in the woods.

When he helped run the Invasive Species event, which tested stu­dents’ knowledge of local and national invasive species at Science Olympiad Regionals, he tried to get many real spec­imens for the stu­dents to identify. He said hands-on, com­pet­itive science helps younger stu­dents delve into science outside of the classroom.

“They will take a subject further,” Van Zant said. “You don’t get to build a lot in class.”

Van Zant said he wants to encourage stu­dents at Hillsdale to join the club because of the value of science.Two of his children com­peted in Science Olympiad last year.

“We cannot have a truly informed cit­i­zenry if they do not have a working knowledge of science,” Van Zant said. 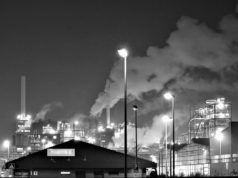