Saucy Dog’s Bar­beque is under new man­agement after Michael Sweeney, once a busboy for the restaurant, pur­chased the business in July.

“I’ve worked here for a long time, and I’ve known Wayne since I was a little kid,” the younger Sweeney said. “When he offered the restaurant to me late last year, it was an oppor­tunity I couldn’t turn down. I just went for it. So I signed a bunch of scary, important papers and took out a bunch of loans. Now I own a restaurant.”

Sweeney has worked at Saucy Dog’s since 2010, most recently serving as the bar­beque joint’s manager. He said his expe­rience in the culinary industry at both Saucy Dog’s Bar­beque and Handmade Sand­wiches and Bev­erages, which he helped start, will help him make the switch to owner.

Babcock, his former employer, has also been helpful during the tran­sition, Sweeney said.

“I call Wayne every day,” Sweeney said. “He’s been a great mentor through the whole process. He is a business advisor of mine and we’re good friends.”

Babcock started Saucy Dog’s 13 years ago and said he still takes a great interest in the success of the business. He lends support to the younger Sweeney on a daily basis from across the street at Olivia’s. Pro­fessor Sweeney called Babcock “a tremendous pos­itive influence” on the life of his son.

“I still go over there every day and say ‘hi’ to Mike and the employees,” Babcock said. “I try to give him what are hope­fully helpful hints, business insight, and my sug­ges­tions. He’s done won­derful for the first two and a half months.”

Babcock said he knows Sweeney will pre­serve the “tra­dition” of Saucy Dog’s, but also said he hopes Sweeney uses his younger per­spective to bring new ideas to the business. One aspect of the business Babcock noted had sig­nif­i­cantly improved under Sweeney was the digital mar­keting scheme.

“I was not a fan of social media,” Babcock said. “I just never got into it. He’s really been enlarging the social media and the Facebook presence.”

Sweeney said his father has also had a sig­nif­icant influence throughout this tran­sition.

Pro­fessor Sweeney has taught at Hillsdale College for 22 years and is a regular cus­tomer at Saucy Dog’s long before his son was the owner. He said he now enjoys not only the food, but the expe­rience of watching his son run his own business.

“He really knows how to handle people,” Pro­fessor Sweeney said. “I like to go and sit off to the side and watch him work the room. I love seeing him go from table to table and talk with everyone. He does it so well.”

One change accom­pa­nying Saucy Dog’s new man­agement is the addition of craft beer to the drink menu. Saucy Dog’s will begin rotating craft beers from around Michigan into their three taps soon. Only one of the taps is cur­rently in use and it only pro­vides Miller Lite, which will con­tinue to be offered. While this is a new addition, Sweeney added that Saucy Dog’s is and will con­tinue to be a “restaurant with a bar inside and not a bar with a restaurant attached.”

While a shift in own­ership inevitably will cause small changes within a restaurant, Sweeney said he is com­mitted to deliv­ering the same dining expe­rience that he learned to deliver when he started working under Babcock seven years ago.

“I’ve got a 20-year mortgage,” Sweeney said, laughing. “The business works. I’m not going to get crazy and change a bunch of things right off the bat.” 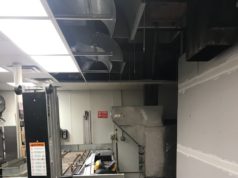 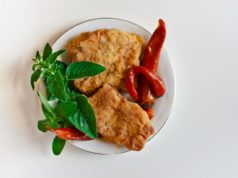 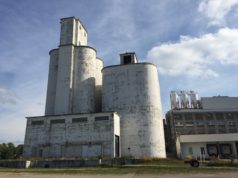