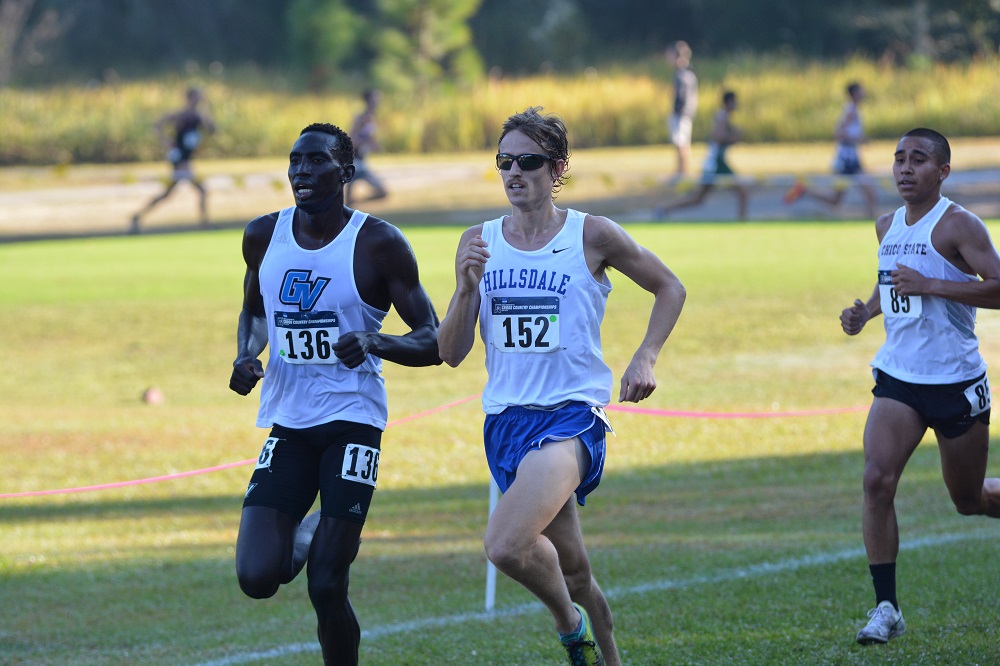 “Last year, we made nationals for the first time since 2004,” team captain senior Nathan Jones said. “We had a lot of expe­rience — three seniors and a lot of upper­classmen. It was a really good year.”

The team will start its season this Friday at the Michigan State Spartan Invi­ta­tional.

Towne said the first meet of the season is always highly antic­i­pated, after all of the training leading up to it.

“The team has put in a lot of work over the summer, we had a really good camp, and they’ve done a really nice job since we’ve been back on campus, but there haven’t been any races yet, so I think they’re excited for that race,” Towne said. “Michigan State’s always been a good opener for us with some good com­pe­tition, so that will give them a chance to see where they’re at.”

“For this year, the biggest thing is that we have some pieces, we just have to put it all together,” Jones said. “It’s a new group of guys, so new expec­ta­tions, but I think you will see this team progress as the season goes on.”

The men’s cross country team was the favorite in the con­ference coaches’ pre­season poll, and the team is ranked sixth in the US Track & Field and Cross Country Coaches Asso­ci­a­tion’s rankings.

Assistant coach R.P. White said the com­pe­tition in the G‑MAC will be similar to the GLIAC. Although the team will no longer face national con­tender Grand Valley State Uni­versity, Hillsdale will still compete against a similar depth of teams, White said. The NCAA national selection process was also adjusted this year to place a greater emphasis on head-to-head com­pe­tition, in addition to regional per­for­mance, White said.

“We’re really excited, and it’s going to be a little bit of a learning expe­rience for the freshmen,” he said. “I’m just excited to see how it unfolds.”