The fra­ternity plans to cel­e­brate on Oct. 14 with a day of fes­tiv­ities for alumni. Inter­na­tional Pres­ident Jim Gar­boden of Delta Tau Delta’s national orga­ni­zation will speak at a dinner that night. Alumni are also invited to attend the fraternity’s tailgate at home­coming this weekend.

“It’s solid­i­fying our his­toricity, and moreso embracing the values of broth­erhood and real­izing that it’s not just the brothers you spend your four years of under­graduate with,” senior Josh Brooks, Delta Tau Delta pres­ident, said. “This broth­erhood reaches back to 1867, and beyond that, nationally it reaches back to 1858.”

Sophomore Social Chair Mitchell Biggs said he and sophomore Josh Waechter are “doing the grunt work” on the anniversary fes­tiv­ities. Fol­lowing an Oct. 14 football tailgate, the brothers will offer tours of campus to alumni, before bringing them to see the fra­ternity house.

“A lot of the brothers didn’t know until last year, when the 150th rolled around, that Kappa chapter is the oldest fra­ternity on campus,” Biggs said. “We started digging through all the history in the basement because we have books and year­books and old com­posite pic­tures. You realize how far back the fra­ternity goes.”

The house will become a museum of Delt history, with quotes, pic­tures, original rosters, and one of the original members’ Bibles. Fol­lowing the house walk­through, alumni are invited to a cocktail party in the Searle Center and the dinner, at which Gar­boden will speak. Pres­ident Larry Arnn’s presence is “ten­tative,” according to Biggs.

Delta Tau Delta’s Kappa chapter was orig­i­nally founded in secret at Hillsdale, according to the fraternity’s sec­retary and chaplain Chris Sturges, a junior. The original members were expelled for being part of a secret letter society, which was not allowed on campus in 1867. However, upon seeing who the brothers were when they showed up on campus wearing their badges the next day, the admin­is­tration rethought its anti-Greek policy. The fra­ternity also brought Kappa Kappa Gamma, Hillsdale College’s first sorority, to campus in 1881.

“When they looked to see who was there, it was all the leaders of the classes,” Sturges said.

The Hillsdale charter of Delta Tau Delta is the 10th chapter of more than 200 across America. It helped draft the bylaws and con­sti­tution of the national orga­ni­zation, according to Brooks. However, it was also the subject of con­tro­versy when the college removed it from campus in 2003. Since returning in 2009, the fra­ternity has made an effort to dis­tance itself from trouble.

“The fact that we have sur­vived 150 years, that we have gone through a lot of stuff including being kicked off campus, it’s a tes­tament to the values that we and the alumni hold,” Sturges said.

“We want to remind our­selves of our chapter,” Cieply said. “We have a storied history and we need to focus on that.” 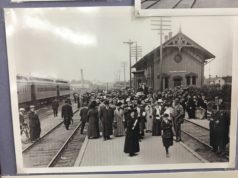 City of Hillsdale turns 150: moments in our history 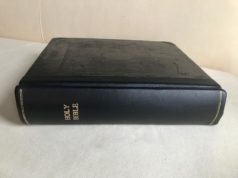