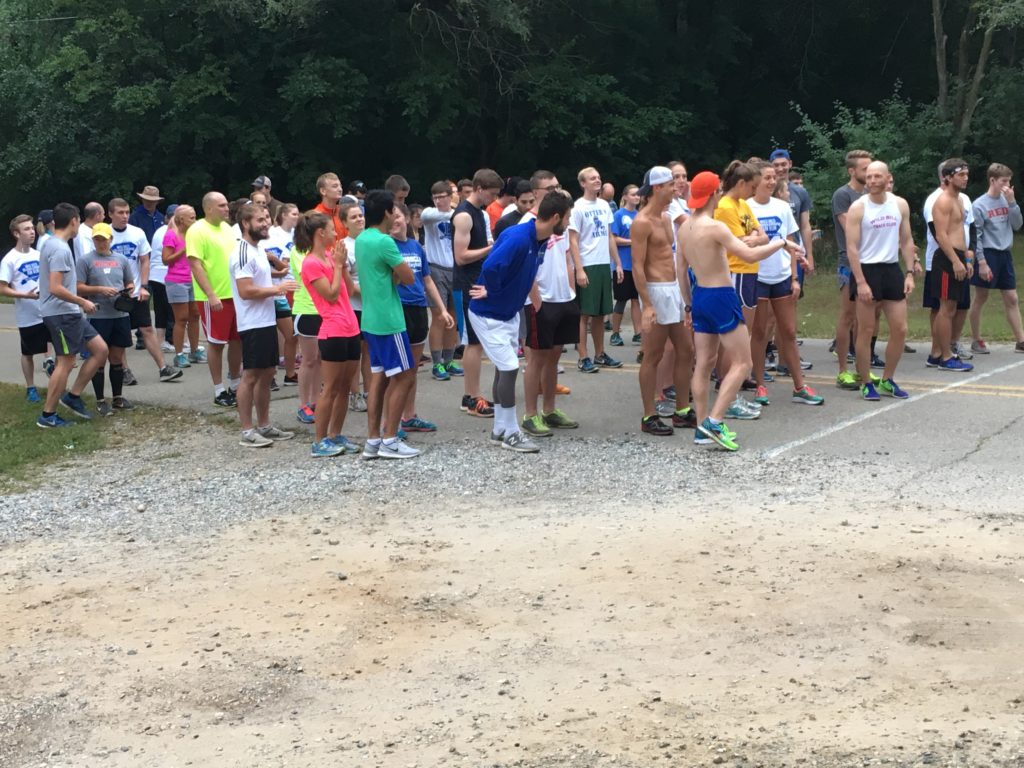 The annual “Wild Bill” Run Fun with coach Bill Lundberg is Sat­urday at 8 a.m. The run is a 5K, which starts and ends in Hayden Park. The route will weave around campus, going around the old quad, down Gal­loway Drive, and back to Hayden Park.

“The 5K is a fun run that we open up to the com­munity, and it’s a free event,” Lundberg said. “It’s a run that brings together alums, current stu­dents, staff, and friends of coach ‘Wild Bill’ Lundberg.”

Reg­is­tration will begin at 7:00 a.m., Sat­urday and the first 100 reg­is­trants will receive free T‑shirts. There will be some door prizes raffled off during the post-race activ­ities in addition to free food and refresh­ments.

“The first place fin­isher for men and women will also receive a gift from the Hillsdale College book­store,” Lundberg said.

The 5K, started 15 years ago by Lundberg’s ath­letes, used to be a part of the Hillsdale College GINA Relays on Sat­urday, which was the last day of the meet.

“We moved it to Home­coming weekend four years ago in 2014 and it has become a popular run on campus as we welcome back our Charger alums, encourage our current stu­dents with their health and fitness, and invite our com­munity and their fam­ilies to see Hayden Park and expe­rience our great college campus,” Lundberg said.

Lundberg has worked at Hillsdale since 1985. When he first arrived, he was the head coach of the cross country and track teams. Now, he is an assistant pro­fessor of sport studies, Hayden Park fitness and recre­ation director, and one of the most beloved coaches on campus.

Dell has par­tic­i­pated in the “Wild Bill” run the past two years and said his favorite part is simply “Wild Bill”.

“His energy makes you excited to get up early on a Sat­urday morning,” Dell said.

If you head out to Hayden Park this Sat­urday morning, you’ll almost cer­tainly hear Lundberg’s sig­nature motto: “Fire up, and Go Chargers!”