The latest album from faculty jazz band the Hillcats assures lis­teners that the Great American Songbook is still alive.

“Lean on It” com­piles tunes from across the spectrum of the mid-century’s jazz reper­toire, arranged anew by Chris McCourry, Hillcats trum­peter and director of jazz ensembles. Hillsdale’s jazz faculty, joined by singer and Social Media Coor­di­nator Gianna Marchese ’17, brings tra­di­tional jazz fresh energy with the album.

Each of the nine songs that make up the album con­tains an intro that projects the theme of the rest of the song.  Once the mood is reached, Marchese’s mar­velous voice greets lis­teners. Her voice stands out in many places: “Moon­light Ser­enade” in par­ticular show­cases Marchese’s pure tone and excep­tional range, her biggest strengths as a vocalist.

The first song of the album, “Time After Time,” sets the tone for the songs fol­lowing. From Grammy Hall of Fame award-winning album “Chet Baker Sings,” the song as sung by Marchese rekindles the same emotion of the original, enhanced with a livelier tempo.

Perhaps the highest point of the album is a take on the classic standard most mem­o­rably done by Frank Sinatra in “I’ll Remember April.” This song brings an exciting arrangement from McCourry and a wistful set of lyrics in harmony, main­taining the sen­timent jazz lis­teners have come to love from Sinatra’s version in an uptempo arrangement that feels fresh.

“Moon­light Ser­enade” is another one of the slow ballads that fre­quent the album. The song opens with McCourry playing a vir­tuosic line on trumpet, setting the tone for the sen­ti­mental lyrics Marchese sings. The two then combine for a duet, taste­fully arranged and another high point of the album.

The soloists, too, have their time to shine: Chris McCourry plays some impro­vised trumpet solos throughout the album, perhaps best in “You Go to My Head.” Jon Gerwitz, the tenor sax­o­phonist, shines in “Nature Boy.” Hank Horton, on the bass, plays a won­derful vari­ation on the theme in “Time After Time.” Arlene McDaniel, on piano, pro­vides a few defining moments throughout the album, most notably in “I’ll Be Seeing You” and “I’ll Remember April.”

Be sure to pick up this album from the College Book­store; Marchese’s voice is too good to not be heard. Make “Lean on It” the sound­track to your next evening in, and enjoy the expe­rience. 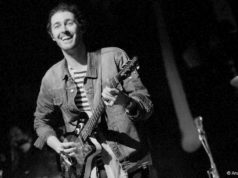 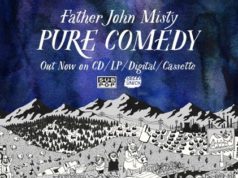 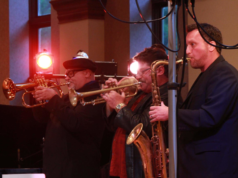