Police found a missing 9‑year-old from Fayette Township on Monday, after a 48-hour search.

Police said they located Jace Landon Lyon near a home off N. Hillsdale Road in Fayette Township safe and unharmed. They found him around 8:50 p.m. on Monday, after fol­lowing a tip.

Jace was last seen on Sat­urday at approx­i­mately 9:30 p.m., Michigan State Police told The Col­legian. Offi­cials said they believe Jace vol­un­tarily ran away. They were searching a few-mile radius near E. Moore Road and N. Hillsdale Road in Fayette Township. Jace ran away from home in January but was found after a two-day search.

Olson said police do not know why Jace ran away, though he has done so pre­vi­ously several times.

After a 36-hour search earlier this year that involved com­munity members, local and state police, and the FBI, Lyon was found in a res­i­dence on N. Hillsdale Road, about one mile from his house.

Olson said his mother, Tanya Lyon, is working with police and that offi­cials have looked in the res­i­dence where he was last found.

Parker pre­vi­ously told The Col­legian that Child Pro­tective Ser­vices would inves­tigate Jace’s home life, after he was found in January.

Michigan State Police led the search with the help of Hillsdale and Jonesville city police and the Hillsdale County Sheriff’s Office. Olson said they used canines in their search.

This story has been updated to show that Jace Lyon was found. 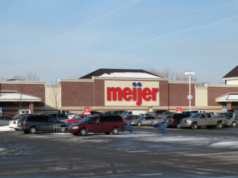 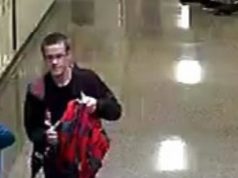