Whitley Res­i­dence will receive a $300,000 cos­metic makeover this summer.

While the structure of the building will remain the same, the dorm is getting a fresh coat of paint, new flooring, redone showers, and a ren­o­vated kitchen for the 2017 – 2018 aca­demic year. It will be the first time the 1989-built dorm will receive a ren­o­vation of this scale, Chief Admin­is­trative Officer Rich Péwé said.

“We want to keep it main­tained,” he said. “To keep it going, we need to put some work into it.”

Péwé said the dor­mitory has had a growing number of recurring issues needing fixes during the summer months and was placed on the deferred main­te­nance list.

“It comes down to which one of these projects we needed the most,” Péwé said. “We spent a lot of time there. If we don’t get after it, it’s not getting any better.”

Res­ident Assistant junior Emily Rinaldi said RAs this year had expressed some dis­sat­is­faction at the “grunginess” of the dorm, including stains in the car­peting and holes in the wall.

“I think it will be a really great fresh start for the dorm,” Rinaldi said.

The color scheme will have a neutral palette. Vinyl flooring that doesn’t scratch easily will replace car­peting. Addi­tionally, the college is changing the the fiber glass showers to tile to last longer.

“If we’re going to do it, we want to do it right,” Péwé said. “We’ve figured out what we like and what works well.”

Junior Kirsi Eby, who will be a res­ident assistant in Whitley next school year, said she hopes the ren­o­vation will create a com­fortable space.

“It’s nice to come to a space that is safe and clean,” Eby said. “It relieves a lot of stress on your mind.”

The ren­o­vation will start imme­di­ately after the women move out of the dorm and will be com­plete when stu­dents return in August. No walls will be altered, and the fur­niture will stay the same.

The next major dorm ren­o­vation is Gal­loway Res­i­dence. The college plans to start that project in May 2018, and Péwé said he expects the ren­o­vation to take a full year to com­plete.

The college is looking into options on how to house the 75 men for that year, he said.

“We don’t want to move them off campus, because it is hard to get them back,” Péwé said. “We are so much about building com­munity, we have to take that into con­sid­er­ation.”

For now, the college is looking to foster a stronger com­munity in Whitley with the ren­o­vation this summer.

“I think it will revive the com­munity,” Rinaldi said. “I think people will want to hang out in Whitley and invite people over.” 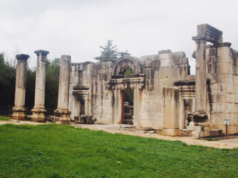 Hillsdale to take students on Passages Israel trip this summer 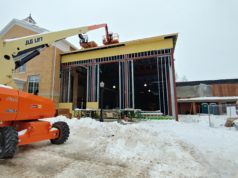 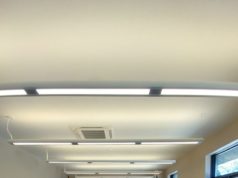