At this point in the semester, it’s rare to see a student change seats in class.

Although many factors may go into a student’s seating choice — such as who they know in the class, how shy they are, or even their levels of moti­vation, according to Assistant Pro­fessor of Psy­chology Jeri Little — the phe­nomenon also demon­strates how people relate to and claim items and spaces, Pro­fessor of Soci­ology Peter Blum and Asso­ciate Pro­fessor of Eco­nomics Michael Clark said.

Clark, who teaches Behav­ioral Eco­nomics, said his best expla­nation relates to focal points, which are the options that seem imme­di­ately obvious to people.

“Focal points do not have to be optimal solu­tions, but they help us avoid the choices that would be a lack of coor­di­nation, such as people con­tin­ually upsetting other people’s expec­ta­tions by changing seats,” Clark said in an email.

Junior eco­nomics major Jake Kenyon, who is in Clark’s Behav­ioral Eco­nomics course, said the phe­nomenon is basi­cally an informal version of property rights.

“In most classes, espe­cially at Hillsdale, people are fairly respectful of this and gen­erally use the same seat except when classes are very full,” Kenyon said in an email. “I think it’s inter­esting just because these informal property rights gen­erally are expected to be respected, even though there is no formal reason why they should be.”

These property rights relate to the endowment effect — the idea that a sense of own­ership makes some­thing more valuable, Kenyon said.

This sense of own­ership, however, also extends more gen­erally than just physical objects.

“I think you could say, in general, that it’s related to the fact that everyone thinks they have claim to more space than just their physical body,” Blum said.

It can be seen in a form of marking ter­ritory like leaving books at a table or at a classroom seat. People, Blum said, feel they have a claim to that space.

“It is the case that people con­sider space around them to be kind of an extension of their bodily ter­ritory,” Blum said.

It’s a phe­nomenon seen when standing in line, Blum said. If somebody gets too close to the person in front of or behind them, it makes them uncom­fortable.

But when it comes to unof­fi­cially official seating arrange­ments, more may come into play.

“There may be a social aspect to choosing a seat,” senior psy­chology major Todd Frickey said in an email. “Stu­dents may choose a seat, because their friends are close by and strictly for that reason. If their friends moved seats, they may also. People may also not want to move seats, because they are afraid of upsetting others who may have their seats.”

“On the first day, it’s all fair game,” she said. “On the second day, even, it’s kind of fair game. But once seats have been estab­lished and the majority of people have been sitting in the same seats, then I think you’re kind of stuck.”

Although Blum “locks in” seating after the first few classes, Little doesn’t assign seating at any point. Stu­dents just tend to stay in the same seat or area.

“Humans are crea­tures of habit; we like famil­iarity,” Frickey said. “Our brain nat­u­rally makes pat­terns and tries to make sense of every­thing. For some, it may give stu­dents some con­sis­tency and allow them to fully focus on classwork because their envi­ronment is stable.”

Ulti­mately, both social and indi­vidual factors cause the behavior, Blum said.

“It’s a selfhood issue,” he said. “Some­thing that I own is, at least in a very weak sense, an extension of myself. And that’s what we’re doing here with space.” 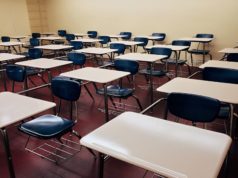 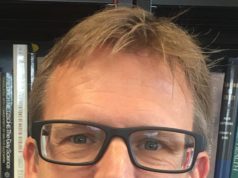 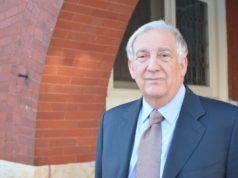