Sigma Delta Phi is encour­aging stu­dents to shout indoors on Thursday — so long as it is a jaleo: “Olé!”

The Spanish hon­orary is holding a fla­menco per­for­mance by the Com­pañeros de Fla­menco on Thursday at 6 p.m. in A.J.’s Café to provide a special oppor­tunity for stu­dents to learn about Spanish culture.

“It will really enhance the cul­tural expe­ri­ences we study,” Sigma Delta Phi Pres­ident senior Patience Tyne said. “There’s nothing like seeing a piece of art in person.”

Com­pañeros de Fla­menco is a group from Ann Arbor, Michigan, that per­forms throughout the state. Their events include guitar-strum fla­menco music, duet and solo dances, cas­tanets, and plenty of palmas — clapping. Tyne said the per­for­mance will also include audience par­tic­i­pation.

“I’m excited to see the fact that it exists on campus,” said junior David Stone, the honorary’s trea­surer. “It’s a great rep­re­sen­tation of a culture in a way that’s not typical on Hillsdale’s campus.”

For those who want to learn to do a golpe or zapateo, Com­pañeros de Fla­menco is also holding a master class at 2 p.m. in McNamara Hall. No pre­vious fla­menco knowledge is nec­essary.

Vice Pres­ident senior Alexis Garcia said fla­menco is a moving dance because of its origins. It dates to the 18th century in Andalusia, the southern portion of Spain, and grew from the Romani gypsy culture there.

“It’s a very pow­erful sort of music, dancing,” Garcia said. “It’s got a lot of emotion. It tends to be a little more on the sad, painful feel to it, because the gypsies have had such a rough time of it.”

Since then, however, fla­menco has grown popular throughout the world, espe­cially in the United States and Japan.”

“I’ve seen fla­menco twice in the past,” Tyne said. “It is very beau­tiful. There are a lot of pieces to it that show its dis­tinct cul­tural influ­ences.”

Tra­di­tional fla­menco com­bines singing, typ­i­cally in a deep style, and guitar playing with dance. The custom is well-known for long, ruffled skirts, flowers adorning hair, and the bull­fighting cos­tumes of the men.

Tyne said holding an event like this one has been a dream of hers since freshman year when she started the Spanish club. Finding herself without the resources at the time, she said she is thankful to be able to finally make this dream a reality and stretching the hon­orary beyond the meal-time talks and an occa­sional movie showing.

“I am looking forward to watching everyone’s reac­tions and seeing everyone enjoy the per­for­mance and applauding this unique style of music,” Tyne said.

Garcia said she looks forward to seeing fla­menco for the first time in person. Having grown up in a town near the border of Mexico, she said she is familiar with Latin American folkórico dances but looks forward to expe­ri­encing a Spanish folk per­for­mance. 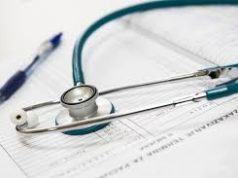 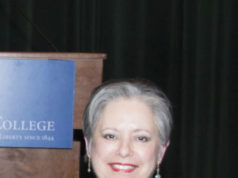 Professor Muñiz Passes Away After Battle With Cancer