A rain­storm ended the Pur­gatory Regional Tour­nament on Monday after the Hillsdale College golf team had nearly fin­ished the round.

Junior Logan Kauffman was on the 16th hole when the weather ended play.

“We were bummed about the rainout because we were playing well,” Kauffman said.

Since rain cut short the com­pe­tition, only the first day’s scores were counted and team fin­ished 18th out of 28 teams.

Freshman George Roberts said he was on the 18th hole when the weather signals buzzed.

“The rain delay can­celled out Monday’s round, which was annoying as we were all playing slightly better,” Roberts said. “There was sun with some wind one minute, and then the next minute the storm put the course under­water.”

Sophomore Liam Purslowe, junior Joe Torres, and Kauffman each shot 79. Roberts came in one stroke behind them with an 80.

Kauffman said he played poorly off the tee, but his putter saved his score a few times.

Roberts had the opposite problem.

“I played poorly. I’m just strug­gling with the putter right now,” Roberts said. “I will be working on putting: changing some posture issues and ball position.”

On April 9, the Chargers shot 312 overall at the tour­nament in Noblesville, Indiana. Grand Valley State Uni­versity scored 285 to win the tour­nament. Sophomore Peter Beneteau led the team with a 75 on Sunday, which tied him for 31st as an indi­vidual.

The team will play the GLIAC Cham­pi­onship, the last regular season tour­nament of the year, from Friday, April 21 until Sunday, April 23 at The Virtues Golf Club in Nashport, Ohio.

“We are ready to go out and win con­fer­ences,” Kauffman said. 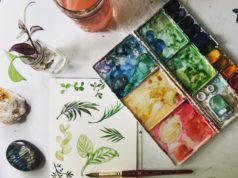