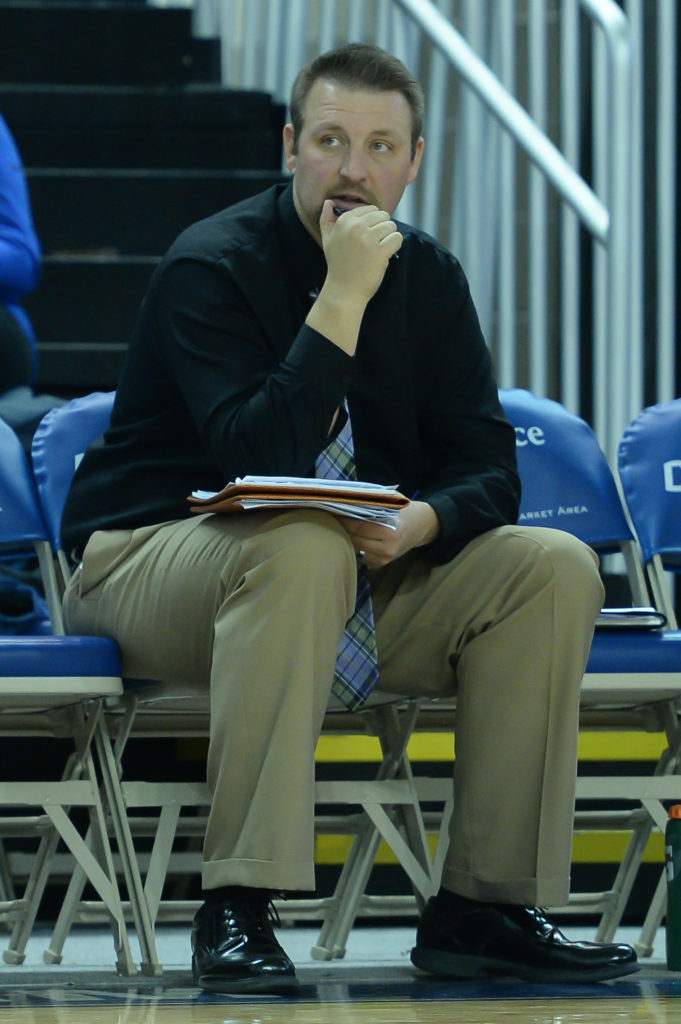 During his tenure at Creighton, the lady Bluejays made the Division‑I NCAA tour­nament every year from 2014 – 2017 and had an overall record of 78 – 54.

Fritsche grad­uated from the Uni­versity of Nebraska-Kearney with a degree in edu­cation in 1999. He went on to receive a Master’s of Edu­cation in Edu­ca­tional Lead­ership from Doane College.

In 2001, Fritsche began a 10 year stint as head varsity girls bas­ketball coach for Bellevue West High School in Nebraska. He led his teams to four state cham­pi­onship appear­ances, winning the title game in 2007, 2009, and 2010. From 2009 to 2011, Fritsche won coach of the year awards from nine dif­ferent orga­ni­za­tions in Nebraska.

Fritsche was the head women’s bas­ketball coach at Midland Uni­versity for one season before joining the coaching staff at Creighton.

Hillsdale College ath­letic director Don Brubacher said Fritsche has three key qual­ities that made him the best can­didate: an under­standing of and will­ingness to carry out the mission of the college, the ability to provide a great expe­rience for his student ath­letes, and the expertise needed to win games.

“We have high hopes,” Brubacher said.

Although Fritsche and his family are moving from a Division‑I program in Omaha, Nebraska, to rural Hillsdale with a pop­u­lation of less than 10,000, he is looking forward to the new setting and believes the whole change to be a net pos­itive.

“I wouldn’t even call it a move down. I would just call it a move up for my family cause I wanted to be a head coach and I wanted a small town. Division-II is just a little more family friendly as far as our summer access and things like that are con­cerned,” Fritsche said. “I think I could be a really good dad and a really good coach at the same time at this level.”