Two of Hillsdale College’s most tal­ented drummers will be fea­tured this Sat­urday in the Per­cussion Ensemble per­for­mance, Drums of Thunder, at 8 p.m. in the Howard music building.  Stacey Gar­rison-Jones directs the 12 stu­dents in the ensemble and two guest per­formers, junior Jacob Coonradt on guitar and sophomore Shadrach Strehle on bass. As indi­cated by the title of the per­for­mance this year’s concert will showcase the drumset played by junior Dean Sin­clair and sophomore Gill West.

“We each have our strengths, but at the end of the day, we are both pri­marily rock drummers,” Sin­clair said.

Sin­clair and West will each perform solos in a com­pi­lation of the English rock band Led Zeppelin’s songs “Moby Dick” and “Kashmir.”
“We’re both writing our own story, stories that will be very dif­ferent and very good. It’s not a com­pe­tition, but at the end of the per­for­mance I think the audience will be able to say, ‘I like this one better,’” West said.

The per­cussion ensemble will play eight charts with a theme of rock ’n’ roll, fea­turing Sin­clair and West throughout the concert.

“I do my best to think outside the box when I perform,” Sin­clair said. “For example, what’s running through my head is, ‘Would another drummer do this?’ and if they would, I don’t want to do that thing. Some­times it works, and some­times it doesn’t.” 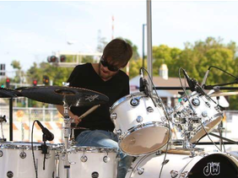 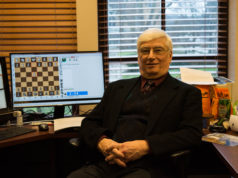 Burke resigning as humanities dean to focus on teaching