Stu­dents shared their expe­rience with depression Tuesday at the Light­house Mental Awareness Club’s latest installment of its Behind the Stigma series.

Asso­ciate Pro­fessor of Psy­chology Kari McArthur stressed that over­coming the stigma attached to depression is crucial to treatment and avoiding neg­ative long-term health problems. Some stu­dents avoid dealing with depression in college because they think their feelings are normal, they aren’t aware of resources available to them, or they think they will be judged for seeking help, she said.

McArthur said 30 percent of college stu­dents suffer from depression, making it the most common health problem among stu­dents. Although everyone is dif­ferent, she said, the best results in cases of depression stem from early diag­nosis and a mixture of med­ication and psy­cho­logical help.

“I’ve been strug­gling with depression for six years,” she said. “Back in high school, I didn’t think I was the stereo­typical depressed person. I just lost interest in every­thing.”

Casebeer ded­i­cated herself to dancing. After school, she would spend six to seven hours a day at practice.

“I was pushing myself too hard,” Casebeer said. “I wasn’t phys­i­cally capable, and I wasn’t men­tally capable to handle it.”

By her junior year of high school, Casebeer suf­fered from arthritis and joint damage. Her senior year, she broke both of her feet, because her bones were too weak to support her active lifestyle. The setback only made her depression worse, because she wasn’t able to dis­tract her mind, she said. Casebeer said she resorted to coping with pain through abuse by hitting and cutting herself.

The height of Casebeer’s depression came the summer after her senior year. Every day as she was driving home from work, she would cross over a bridge and con­tem­plate suicide.

“I told my parents they needed to drive me to work every day, because if I kept driving myself, one day I wouldn’t make it back,” Casebeer said.

Casebeer’s parents began driving her, rec­og­nizing that what their daughter was expe­ri­encing was more than “teenage angst,” she said. A month before attending college at Hillsdale, Casebeer began taking med­ication for her depression.

Her depression hasn’t dis­ap­peared com­pletely, but it’s grown more and more man­ageable as she con­tinues to receive the treatment she needs, she said.

“If you strive for con­tinual improvement your depression will go from everyday, to every other day, to once a week, to once every other week, and that’s such a great feeling,” Casebeer said.

Borger’s depression struck her during the summer between her freshman and sophomore years of college. The symptoms of depression and anxiety developed, as she worked for a summer youth camp.

“I started having panic attacks and depression came along side of it,” Borger said. “Just the feeling that you’re drowning and can’t do any­thing about it.”

Borger said she thought returning to Hillsdale, a place she enjoyed, would relieve her depression and cure her from the chronic anxiety attacks she started having.

The symptoms, however, per­sisted, and Borger began coun­seling toward the end of the semester. She began trying a variety of treat­ments: better sleeping pat­terns, dieting, yoga, and others. The panic attacks con­tinued.

On Christmas Eve, during church service, Borger ran from the sanc­tuary, as she felt a panic attack coming. She made it to the bathroom, where she wept and waited for the attack to pass before she could rejoin her family.

After returning to Hillsdale in the spring of her sophomore year, Borger began med­ication. Like Casebeer, Borger’s depression wasn’t resolved with med­ication, but her ability to handle it improved.

The pre­scription helped her under­stand her body and how to deal with her anxiety and depression using her counselor’s treat­ments.

“The whole process has been hor­rible and ter­rible,” Borger said. “But it’s also been a really beau­tiful process, because I’ve learned more about myself.”

While she still falls into dips of anxiety, she said she knows how to combat it.

“I’ve learned to show myself a little more grace,” Borger said. “There is hope, and I’ve found a little bit of that hope, and it’s been a really beau­tiful thing.” 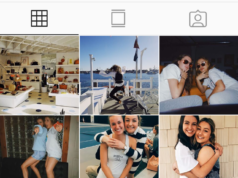 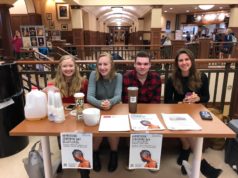 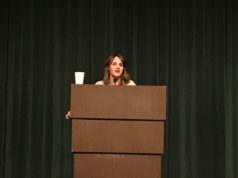 ‘You are worth more than you know:’ Lighthouse destigmatizes eating disorders