John Mayer begins his next tour, The Search for Every­thing, on March 31. To build the hype, the singer-song­writer has been releasing EP tracks four at a time until he will finally release his 14-track album this spring.

It’s not really cool to like John Mayer, but we shame­faced fans are dying of excitement. Quietly, and to our­selves.

It doesn’t take much research on the web to find out why people keep their appre­ci­ation on the DL. The guy’s a tool with a filthy mouth and a massive ego. In his recent interview with Rolling Stone (“The Dirty Mind and Lonely Heart of John Mayer”), he reveals his per­spective on his life of fame. The article is so grossly offensive that I couldn’t finish reading it.

What the interview reveals, however, is Mayer’s honest search for mean­ingful rela­tion­ships which has been playing out in his lyrics since his ear­liest albums. In ref­erence to his social anxiety, he claimed “I have these acci­dents, these mis­takes, these self-inflicted wounds, and then I tear my head to shreds about it for days.”

His words recall his song “My Stupid Mouth,” the third track on his 2001 album Room for Squares, in which he recounts a date gone wrong and the ensuing embar­rassment and dis­ap­pointment: “I’m never speaking up again. / It only hurts me. / I’d rather be a mystery / than she desert me.” It is his lyrical vul­ner­a­bility, coupled with his melodic genius, which keeps cringing fans coming back for more.

Mayer began his career in the singer-song­writer acoustic genre and has since estab­lished himself as a legit­imate blues gui­tarist, col­lab­o­rating with legends such as B.B. King, Buddy Guy, Eric Clapton, and Herbie Hancock. While Mayer’s per­sonal style is dis­tinct, he con­quers new genres like Napoleon con­quered ter­ritory. His Spotify profile fea­tures all seven of his own albums (as well as several live recordings), but scroll down and you’ll find rows and rows of col­lab­o­rative works through which he explored new genres and inspi­ra­tions. The Search for Every­thing will be his seventh studio album, the result of a three-year recording project in Capitol Studios, one which was delayed while Mayer took a break to tour with the rock band Dead and Company.

Mayer’s quest for the next new sound pro­vided the sound­track to my childhood. My family lis­tened to albums like Heavier Things and Room for Squares until I knew all the words by heart; well, all the words except the ones my mom muted to guard innocent ears.

The tracks for Mayer’s newest album show his various dal­liances with dif­ferent genres such as pop, blues, country, rock, folk, and soul. He does it all, and he does it well. In another interview with Rolling Stone, Mayer explains the inspi­ration and intention of his four newest songs, most notably “Still Feel Like Your Man” and “Emoji of a Wave,” which he con­fesses to be auto­bi­o­graphical in their lyrics. By releasing the album in “waves,” Mayer plays along with the theme of his album: heart­break hang­overs. “I still keep your shampoo in my shower in case you wanna wash your hair,” Mayer sings, describing the kinds of things he would do to trick his heart into believing his love wasn’t gone for good. The simple poignancy and relata­bility of the auto­bi­o­graphical lyric wel­comes the lis­tener into some­thing per­sonal, even silly, evoking a sense of sol­i­darity between the singer and his audience. In his music, he con­fesses all. We are his con­fi­dants.

The video on his website announcing his next tour spot­lights Mayer’s skills as a gui­tarist as he off-handedly fin­ger­picks well-known melodies and broad­casts his equally rec­og­nizable per­son­ality. The video ends with him fudging some guitar riff off the top of his head and admitting, “I haven’t written that one yet, but it’s gonna be great.” Cocky, but probably true.

The Search for Every­thing blends all the genres Mayer has explored throughout his career. But if his past inno­vation is any indi­cation of his future, he won’t linger on one sound for long as he forever rein­vents his style. What fans can antic­ipate, though, is the con­stant and some­times ugly reality in Mayer’s lyrics. Though it’s easy to crit­icize the man himself, his mad­den­ingly good ear for melody and the honesty in his lyrics coax com­passion and guarded respect. I keep coming back for more. 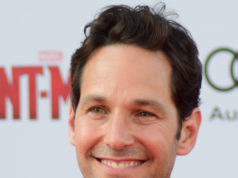 ‘Living With Yourself’: Twice the Rudd in new Netflix show 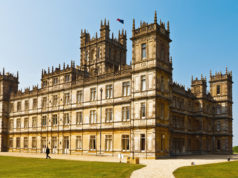