In last week’s “Embracing gender-deviant people’s societal roles,” Dunkerely assumes the lan­guage pro­posed by those who them­selves identify as ‘non-con­forming’ in his defense of a healthy dis­course on the inclusion of gender-deviants. That lan­guage is best sym­bolized by the gen­der­bread person, a tool that divides the person into four sep­arate spectra of gender identity, gender expression, bio­logical sex, and attraction.
But how can you force someone who does not use this ter­mi­nology to par­tic­ipate in this dis­cussion? Perhaps it would be better to not assume the gen­der­bread person in such a dis­cussion because it pre­sup­poses a division between gender and sex­u­ality that does not fun­da­men­tally appear. The ‘non-con­formist’ lan­guage has become a question of defining oneself as ‘mas­culine,’ ‘fem­inine,’ or some­thing else alto­gether, but, pri­marily, par­tic­i­pating in this lan­guage carries with it certain philo­sophical assump­tions. It solid­ifies an aspect of our identity that is not be con­crete.
In short, the ‘non-con­formity’ is actually a further devel­opment of con­formity.
Beneath the assump­tions of my fellow student, however, lies an latent power structure that ben­efits no one. This power structure reveals itself in the deployment of gender through pink and blue con­sumer goods and divi­sions between types of interest, for example. Given that they know the ‘gender’ of their child, parents ascribe certain traits to their child even before they are born. Although these power struc­tures are not as important during the ear­liest stages of devel­opment, they come into play in early childhood during their sexual devel­opment.
As we sur­rounded our children with gen­dered-objects, we began to see gender in a new way. Even­tually, we pushed this under­standing to radical ends. Rather than ques­tioning the manner in which these objects are actually ‘mas­culine’ or ‘fem­inine,’ we created more cat­e­gories under the aus­pices of inclusion. This, of course, led to political and moral backlash, sparking debate about gender that is as insub­stantial as name-calling.
Dunkerley’s inclusion of his­torical examples speaks more closely to the manner in which gender is tied to phys­i­ology, which, in turn, is decided upon by the society in which one lives. To this point, I agree. ‘Mas­culine’ and ‘fem­inine’ have not always been some immutable set of char­ac­ter­istics. They have developed based on this very complex and con­tingent set of cir­cum­stances; moreover, they have recently developed into a method by which people will­ingly define them­selves. The norm has cut deeper than before and has marked the child’s body from birth. It is what the child must become.
The non­con­formist lan­guage, defined in terms of the norm, has also developed into a set vocab­ulary; further, these too fail to describe the essence of the sexual life of a human being. The lan­guage has developed a set of boxes to check on, say, Facebook. These boxes, like the norms of ‘mas­culine’ and ‘fem­inine’ in con­tem­porary America, demarcate a set of char­ac­ter­istics one must encompass. It is not processual. It is set.
That’s not to say there is nothing essential about these char­ac­ter­istics in general. You can always find instances in which people per­fectly fit a norm or fall outside of it, yet it is beneath this curve that a true dis­cussion of gender must begin. Just as the norm has cut at the body, we must focus on the body before the cuts in order to under­stand the manner in which gender develops in a human being. (Perhaps it is best to make a much larger ‘deal’ about the sexual life of a human being first insofar as this always already implies an under­standing of gender.)
A healthy dis­course about gender avoids the very power matrices that have come to define what we think gender is even though gender is not pri­marily thought. It is some­thing that we pri­marily expe­rience. It pro­ceeds forth from the body, col­oring our inter­ac­tions with others in unique ways. 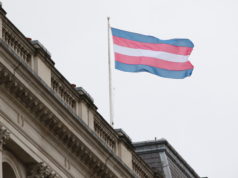 State courts stand up to woke America and gender therapy 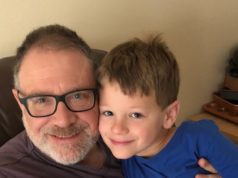