What do space opera, doughnuts, and Hillsdale have in common? E. E. Smith.

Edward Elmer “Doc” Smith is often con­sidered the founder of space opera, a sub­genre of science fiction much like a soap opera set in space. Smith wrote the first space opera novel, “The Skylark of Space,” in 1920 while working as the chief chemist for the F.W. Stock & Sons Mill in Hillsdale, Michigan.

Smith was born May 2, 1890, in She­boygan, Wis­consin. In 1914, he grad­uated from the Uni­versity of Idaho, where he studied chemical engi­neering. The fol­lowing year, he began writing “The Skylark of Space” with his neighbor, Lee Hawkins Garby. Garby had sug­gested that Smith write a story that takes place in outer space, but when he worried about his ability to write char­acters, and espe­cially romance, Garby offered her help.

“The Skylark of Space” stars the daring Dick Seaton. The story begins when Seaton acci­den­tally creates a workable space drive from a recently-dis­covered chemical “X”, and begins building a spaceship called Skylark. The vil­lainous Marc “Blackie” DuQuesne kidnaps Seaton’s fiancée, holding her ransom for the “X.” When DuQuesne mis­takenly blasts far away from the solar system in his own ship, Seaton chases after in the Skylark to rescues his love. The story con­tinues in describing their strange extra-ter­res­trial encounters as they make their way back to Earth.

Smith went on to earn both his masters degree and Ph.D. in chem­istry from George Wash­ington Uni­versity. In 1919, Smith, his wife Jeanne, and their son Rod­erick moved to Hillsdale. Smith worked at the Stock Mill as chief chemist, spe­cial­izing in doughnut mixes.

The monthly journal “The American Mill” described Smith as the manager of the mill’s com­plete lab­o­ratory on Dec. 1, 1921, calling him “a skilled chemist who not only tests the wheat and flour in the ordinary ways to maintain quality, but has also done much exper­i­mental work with the various mill streams.”

Smith returned to writing “The Skylark of Space” during this time, and fin­ished it in early 1920. Over the next seven years, he sent his novel to pub­lishers without success. In 1927, Smith dis­covered the science-fiction mag­azine, Amazing Stories, and sent his work to the editor, T. O’Conor Sloane. Sloane accepted the novel imme­di­ately.

Amazing Stories began printing “The Skylark of Space” in August 1928 as a three-part series. Smith split his profit with Garby and the series was pub­lished as a col­lab­o­ration between the two. Within a month, Sloane com­mis­sioned a sequel, which Smith began writing alone.

The first installment printed with an enthu­si­astic editor’s blurb which read, “Perhaps it is a bit unethical and unusual for editors to voice their opinions of their own wares, but when such a story as ‘The Skylark of Space’ comes along, we just feel as if we must shout from the housetops that this is the greatest inter­plan­e­tarian and space-flying story that has appeared this year. Indeed, it probably will rank as one of the great space-flying stories for years to come.”

Science-fiction author Frederik Pohl praised “The Skylark of Space” in his intro­duction to the 1991 edition of the book.

“With the exception of the works of H. G. Wells, pos­sibly those of Jules Verne — and almost no other writer — it has inspired more imi­tators and done more to change the nature of all the science fiction written after it than almost any other single work,” he wrote.

Throughout the 1930s, Amazing Stories pub­lished three more works by Smith, including “Space­hounds of IPC” and “Tri­plan­etary,” the first book of his popular “Lensman” series.

Despite his success, Smith could not afford to be a full-time writer. In 1936, he left Hillsdale and moved to Jackson, Michigan, where he became the pro­duction manager at Dawn Donuts. Seven years later, he was pro­moted to the head of the inspection division at Kingsbury Ordi­nance Plant in LaPorte, Indiana, but was fired the fol­lowing year. He soon returned to his doughnut-mix roots at J.W. Allen in Chicago, Illinois, where he remained until his retirement in in 1957.

Throughout this time, Smith con­tinued writing, and pub­lished more science-fiction stories before his death in 1965. His pop­u­larity in both the United States and the United Kingdom con­tinued into the ’80s.

“E. E. ‘Doc’ Smith’s are among the most widely and per­sis­tently popular works of science fiction ever written,” Smith’s biog­rapher Joe Sanders wrote. “Their appear­ances as mag­azine serials caused waves of approval; their pub­li­cation in hard­cover by a spe­cialty pub­lisher won a new gen­er­ation of fans.” 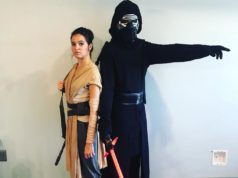 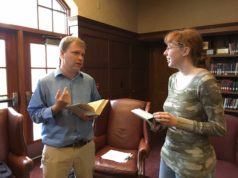