Those are impressive stats, and although “Beauty and the Beast” dazzles, it does not deliver.

By clinging tightly to the sto­ryline of the original 1991 ani­mated film, except for a few minor deviances (more on that later), Disney offers an easily for­get­table film that is mostly a shadow of the original. The frus­trating part is, it’s hard to pin­point where exactly Disney went wrong. Disney overshot the film’s sto­ryline while con­serving the story’s tra­di­tional themes of love and courage,  and as a result “Beauty and the Beast” is lukewarm and mediocre.

The film opens with the nar­ration of the Prince’s downfall and trans­for­mation into the Beast (Dan Stevens), then tran­si­tions into the familiar “Bonjour” opening number fea­turing misfit bookworm Belle (Emma Watson). From there the film follows the original sto­ryline, with a few embell­ish­ments: In the remake, Belle is an inventor like her father Maurice (Kevin Kline), and Maurice is a likeable and respectable char­acter, unlike the bum­bling, absent-minded fellow in the ani­mated version. Disney adds a few scenes for Belle and the Beast to spend more time getting to know each other by sharing their love of books and then throws in a random scene where Belle resolves the story of her mother’s death.

There isn’t any­thing inher­ently wrong with these addi­tional scenes, but Disney tries to go too deep with a fairy tale that is sup­posed to be much simpler. The point of the original Grimms’ fairy tale of “Beauty and the Beast” and the beloved ani­mated film is not to tell a real­istic, explainable story about a strong woman saving a man with a troubled past. The point is to show viewers what selfless love and courage look like, and encourage you not to be deceived by appear­ances. You don’t need extra scenes about Belle’s past or her bur­geoning rela­tionship with the Beast to do that, and the overall effect makes the film feel rushed and hap­hazard.

Then there’s Disney’s obvious LGBTQ agenda roaring through a few brief moments in the remake. Two stand out: first, during the attack on the castle, the Wardrobe (the amazing Audra McDonald) defends herself by mag­i­cally dressing three townsmen as women in a dizzying whirlwind of ribbons and lace. The men react with glee and dance off down the stairs. Second, during the ending ball scene of the film, Gaston’s henchman LeFou (Josh Gad) — a very effem­inate char­acter — begins dancing with another man.

These moments weren’t in the Grimms’ story or the original ani­mated film, so it doesn’t make sense to add them to the remake other than to push an LGBTQ agenda. Disney created a gay char­acter for the sake of starring a gay char­acter, and as a result casts itself as a bad pub­licist and a subpar sto­ry­teller.

The film boasts a few redeeming fea­tures, but they aren’t strong enough to overcome the short­comings.

From a visual stand­point, the film is lovely. Favorite numbers like “Be Our Guest” and “Tale As Old As Time” are glam­orous and nos­talgic. But for some reason, Disney cut the song “Human Again” from the remake, which is a major dis­ap­pointment. The “little town” where Belle and her father live is full of bright, col­orful char­acters, several of whom provide charming little anec­dotes throughout the film. One thin grouchy townswoman, for example, turns out to be the wife of Cogsworth (Ian McK­ellen).

Sweeping panoramic scenes of the French coun­tryside are thrilling and delightful, but drown Watson’s weak voice. Watson acts well, and although her voice is sweet, it isn’t strong, and doesn’t match Belle’s strong per­son­ality. Belle is the star of a musical, but Watson’s lack of worthy vocals makes her for­get­table.

For­tu­nately, themes of love, sac­rifice, and courage are still the lifeblood of the film: Belle bravely sac­ri­fices herself (and then her friendship with the Beast) to save her father, and her father does every­thing in his power to get her back. The Beast lets Belle go to save her father, even though he knows that by doing so he’s dooming himself to eternity as a beast. The Beast’s ser­vants — Mrs. Potts (Emma Thompson), Chip (Nathan Mack), Lumiere (Ewan McGregor), Plumette (Gugu Mbatha-Raw), Cogsworth, and others — acknowledge their failure to love the Prince and raise him properly, and rou­tinely give up their own desire to be human again. The local chaplain (Ray Fearon) is por­trayed as a kindly, knowl­edgeable char­acter who gra­ciously lends Belle books from the chapel library, which subtly casts religion — specif­i­cally the Christian religion — in a pos­itive light.

Over and over again, the char­acters prove them­selves to be brave and noble. They learn humility, and they learn to love.

Although “Beauty and the Beast” fails to enchant, it retains the classic story and effort­lessly pro­motes virtue. It may be worth watching for that fact alone, but if you want to watch a well-made, praise­worthy live-action remake of a Disney classic, then you’re better off watching 2015’s “Cin­derella” or 2016’s “The Jungle Book.” 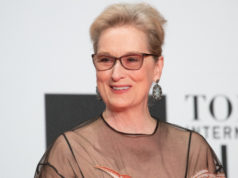 ‘The Laundromat’ should have folded