Fol­lowing last week’s lockdown, Hillsdale College admin­is­trators are urging stu­dents, faculty, and staff to update their contact infor­mation, because many did not receive an emer­gency alert to their pre­ferred phone number.

“It’s important, espe­cially during an emer­gency,” Butler said. “They can’t be reached unless the infor­mation is correct.”

Asso­ciate Dean of Women Rebekah Dell sent a campus-wide email on Tuesday advising and informing stu­dents of how to change their contact info through the myHillsdale portal.

Butler said overall, Hillsdale’s auto­mated call during the lockdown was an over­whelming success. According to a report from the college’s contact database, the college made 3,378 calls, 87 percent of them suc­cess­fully.

More than 1,700 of the emer­gency calls went to voicemail, and more than 1,200 picked up. The other calls resulted in hangups, busy signals, or no answers.

Some stu­dents and faculty members, however, did not receive the call at all, relying on family and friends to relay the infor­mation to them.

Junior Aidan Donovan said he didn’t receive the college’s auto­mated phone call during the lockdown, leading to some panic from family members.

“I didn’t get the auto­mated phone call from the college, but my mom did,” Donovan said. “She freaked out, and it probably got her more alarmed than she needed to be.”

When Donovan went to check his emer­gency contact infor­mation, however, he noticed that he had written his parents’ phone number in the space asking for his cell phone number. This is why his parents were called instead of him.

Like Donovan, junior Zoe Harness said her parents received the emer­gency call, but she did not. When her parents called her, she realized that the sit­u­ation was more than a drill.

“I guess that just made me realize the severity of the sit­u­ation,” Harness said. “At first, it seemed like the college was just taking pre­cau­tionary mea­sures. But when my parents called, it made it a more active sit­u­ation.”

“When it comes down to it, if I’m in an emer­gency sit­u­ation on campus, I’ll know when I’m in danger,” Harness said. “But I think it’s important for my parents to know.”

Butler said the emer­gency calls only go to the primary and sec­ondary con­tacts on a student’s form, and it’s important to make sure they have their pref­er­ences clearly defined.

“It is important for stu­dents to take a minute to confirm all emer­gency contact numbers are properly recorded in our emer­gency response system,” Dell said in an email to The Col­legian. “This infor­mation is key to the effi­cient and accurate com­mu­ni­cation to campus during sit­u­a­tions where urgent or important infor­mation needs to be relayed.” 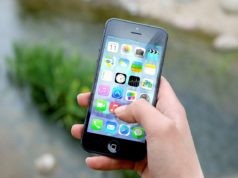 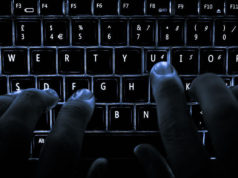