At her retirement party, Sharon Thompson is never alone. Dressed in a bright pink top that’s as cheery as her dis­po­sition, she can’t leave her corner as people keep approaching her, eager to chat, rem­i­nisce, and express their grat­itude. Her pop­u­larity is a tes­timony to her char­acter and her 16 years of service as a pro­posal writer for Hillsdale College.

“She’s been a really valuable person for our insti­tu­tional advancement team and for the college,” said John Cervini, vice pres­ident of Insti­tu­tional Advancement. “And she can become a friend to anybody.”

Thompson said she is retiring to spend more time with her husband and delve into vol­unteer activ­ities, after working for the insti­tu­tional advancement department since March 2001. She’s on vacation now until her official retirement on March 31, she said, so she’ll have spent a full 16 years at the college. During that time, Cervini esti­mated, Thompson has helped raise more than $100 million for the college and has written more than 1,000 pro­posals — as well as thank-you letters, brochures, and reports to donors.

“I like to write, and fundraising doesn’t bother me, because I’m never asking for myself,” she said. “I’m asking for a college that makes a huge dif­ference. It’s a priv­ilege to ask people to support the school when you want to promote its mission.”

Although most stu­dents don’t interact with Thompson, whose office is tucked away in Moss Hall, they’ve ben­e­fited from her work; her pro­posals have requested funding for pro­grams, buildings, equipment, and schol­ar­ships. These include pro­posals for Imprimis, Hillsdale Academy, the Barney Charter School Ini­tiative, and the Dow Jour­nalism Program schol­ar­ships. Thompson was also the head pro­posal writer for the Allan P. Kirby Jr. Center for Con­sti­tu­tional Studies and Cit­i­zenship in Wash­ington, D.C., and as part of that job, she said, she wrote reports to donors about stu­dents involved in the Wash­ington-Hillsdale Internship Program and the George Wash­ington Fel­lowship Program.

Thompson said her first suc­cessful pro­posal brought in money for the football score­board: “I thought that was kind of fun, because I like football.”

Noting that she is espe­cially pas­sionate about edu­cation for children, Thompson said one of her favorite causes for which to write pro­posals and reports is Hillsdale’s charter school ini­tiative. Phillip Kilgore, the program’s director, said Thompson’s work has been invaluable to the program, adding that she was the second person he would talk to — after Pres­ident Larry Arnn — if any­thing news­worthy hap­pened with the ini­tiative.

“The thing that’s so impressive about her is how attentive she is to the details,” Kilgore said. “She makes sure the message to the donors is accurate and rep­re­sents the project to them as well as pos­sible. That care for the message is really important.”

Kilgore recalled that when he first met Thompson, she was on crutches because of a leg injury, and he noticed how per­sistent she was about getting around.

“She was not going to let it get her down,” he said. “That’s reflective of her whole attitude about things.”

“That’s an accom­plishment,” he said. “Everyone on this campus appre­ciates good writing. That’s some­thing she scores high on in a cat­egory that everyone on campus thinks matters a lot.”

“I love words,” she said. “And I like to craft a com­pelling pro­posal that people will take seri­ously — foun­da­tions as well as indi­viduals.”

Her favorite part of working at Hillsdale, she said, is “feeling as though I’ve con­tributed in a small way to the success Hillsdale College has expe­ri­enced under Dr. Arnn.”

Craig Kreinbihl, director of insti­tu­tional advancement on the East Coast, said he became friends with Thompson, while he worked as director of oper­a­tions at the Kirby Center from 2013 – 2015. Thompson brought knowledge and skill to her work writing pro­posals and reports for the center, Kreinbihl said.

“Sharon brings a cheerful spirit, a love for the college and its mission, and attention to detail,” he said. “The com­bi­nation of those and other traits really made her a joy to work with and someone who was able to excel in her job.”

Kreinbihl added that Thompson has vol­un­teered faith­fully at her church, Litch­field United Methodist, “helping the less for­tunate in the com­munity.”

Thompson said she coor­di­nates children’s min­istries, teaches an adult Sunday school class, and sings and plays piano for the worship team. When her church had an organ, she played it, as well.

Thompson said she plans to stay involved in her church and delve into other vol­unteer projects, once she retires. Her husband is also retiring, and she said she wants to spend more time with him, as well.

“She’s a good rep­re­sen­tative of the quality of the people that work at Hillsdale College,” he said. “She’s ded­i­cated to the mission and a real team player. A very fine person. We’ll miss her.” 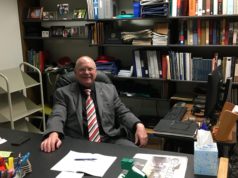 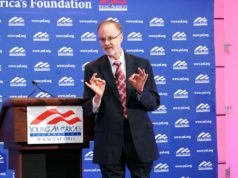 Folsom to retire in December 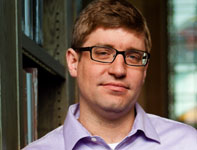 Fuerst retires to focus on composing