As humans have increas­ingly become entrenched in the miasma of science and realism, we have for­gotten how we may be whim­sical, light­hearted, and explo­rative. Gone are the days of running around and letting your imag­i­nation take you away to some­where unseen even by the person standing two feet from you. Today we are told we must have our two feet, as well as our heads, planted firmly in the real world — where else could they pos­sibly go?

In his essay “On Fairy Stories,” J.R.R. Tolkien laments that we have removed fairy tales from adult life and adult crit­icism. They were orig­i­nally enjoyed by adults as well as children, even enjoyed more by the adults. But, as Tolkien points out, we have left them in our nursery rooms and — like the fur­niture and toys which pop­ulate those rooms — they have become worn down, tat­tered, and covered in slobber.

Many children’s books today are thinly veiled, and even more thinly argued, attempts at estab­lishing values which the author deems nec­essary for decency in modern life. Some are even less moral than this, aiming only to teach basic gram­matical skills without any of the dressing of true sto­ry­telling. Real fairy tales have been for­gotten or watered down for our children, because they have been left to the children.

Even these weak fairy tales are dis­ap­pearing alto­gether from young life, however. Rather than pre­tending that there is a pirate ship in the backyard, children today are plopped in front of the TV as they play videogames or watch a show in order to vent these imag­i­native pres­sures. In 2015, a boy in Texas was sus­pended for bringing his “one ring” to school. School offi­cials took it to be a threat when the boy told a fellow student that he could make them dis­appear by using the ring. While this story is mainly amusing, it points to a deeper issue that is endemic in the school system today.

Children are not sup­ported in their chasing of fairy­tales in everyday life, but rather are told only to accept what is “real.” Modern society is increas­ingly inclined to suppose that all choices and ideas are little more than physical phe­nomena.

This rejection of fantasy when we are children reap­pears with ter­rible reper­cus­sions in adulthood, however. Now we dream when we are old, escaping into our fan­tasies at an age when we should be engaging with reality. When we escape at this age, with no expe­rience of trav­eling into fantasy worlds, we assume these fan­tasies to be closer to the truth than actual reality.

We must become expe­ri­enced trav­elers in the land of fantasy when we are young, oth­erwise we run the risk of losing our­selves in it with no hope of finding our way back out when we are old. Now, when a child imagines himself to be a herself, we applaud that child for real­izing their true reality and then proceed to buy them a new wardrobe. Once, pre­tending to be some­thing one is not was a healthy way for children to be playful, but today’s adults are unable to rec­ognize fantasy when they see it.

The dis­belief in dis­belief has led to the utter accep­tance of fan­tas­tical ideas as reality because, after all, one’s fan­tasies cannot be any­thing but chemical reac­tions pro­duced by the brain. In Canada, a 52-year-old man, Ste­fonknee Wolscht, left his family of a wife and seven children in order to pursue his sup­posed true identity as a six-year-old girl.

“I can’t deny I was married,” Wolscht said. “I can’t deny I have children, but I’ve moved forward now and I’ve gone back to being a child. I don’t want to be an adult right now.” Wolscht is not living in reality. Rather, he is unable to escape the fantasy which he has created for himself.

Because we have been trained as a society to believe in reality only, we are unable to sep­arate fact from fantasy, even­tually allowing the fantasy to become fact. We have found our­selves in a strange land indeed, where a man can be a young girl, a woman can “marry” the Berlin Wall, and where things are only as real as we imagine them to be (or not to be). True Fantasy has been dis­carded, and False Reality has taken its place. Fantasy must be rec­og­nized and res­ur­rected.

“Fantasy is a natural human activity,” Tolkien wrote. “It cer­tainly does not destroy or even insult Reason… On the con­trary. The keener and the clearer is the reason, the better fantasy will it make. If men were ever in a state in which they did not want to know or could not per­ceive truth, then Fantasy would lan­guish until they were cured. If they ever get into that state, Fantasy will perish, and become Morbid Delusion.” 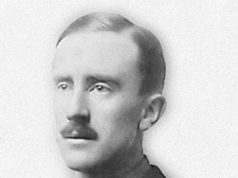 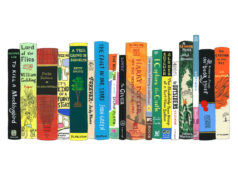 The case for young adult literature

Mark Twain was greater than Shakespeare