One of the ironies of the “sep­arate, but equal” era of America was the large number of sci­en­tific achieve­ments made by black Amer­icans who often had much less access to edu­cation than their white coun­ter­parts.

While George Wash­ington Carver may be the most famous to come from that time, black sci­en­tists have been credited with much more than dis­cov­ering 300 dif­ferent uses for the peanut.

They were respon­sible for improve­ments to the tele­graph, inventing methods for blood storage, and patenting the first modern stop light.

The gas mask, which was one of the most important inven­tions used by American sol­diers during World War I, is largely thanks to black inventor Garrett Morgan. Morgan’s invention saved numerous American lives; at the same time 80 percent of the black troops brought to France didn’t see combat because of racial prej­udice.

Like many other black sci­en­tists during this time, Morgan suc­ceeded in spite of limited edu­ca­tional oppor­tu­nities — he only received a sixth-grade edu­cation — and racial prej­udice his entire life. Still, Morgan was for­tunate because he was able to hire a private tutor.

Between the time he moved to Cleveland, Ohio, in 1895 and 1910, Morgan went from repairing sewing machines to owning several busi­nesses. It was also during this period that his curiosity about the way things work and his ability to fix machinery led him to begin cre­ating inven­tions of his own.

In 1912, Morgan received his first patent for an invention called the safety hood, which was a pre­cursor to the gas mask.

Before Morgan’s invention, other safety hood devices were largely a failure: they were dif­ficult to put on, were complex, and unre­liable. But Morgan’s invention was simple and reliable. Morgan knew that smoke rises above air, so his device included an intake tube long enough to draw air from near the ground. Remaining smoke was then fil­tered through a wet sponge.

The breathing device sold well with fire­fighters and rescue workers, but due to the pre­vailing racial prej­udice of the day, Morgan had to hire a white actor to pose as the inventor during pre­sen­ta­tions of his safety hood.

In 1916, Morgan and his brother gained noto­riety when they used the breathing devices to enter a tunnel filled with noxious fumes to save two men caught in a tunnel under Lake Erie after a natural gas explosion. But many refused to acknowledge Morgan’s heroism.

Then in 1917 his device was mod­ified to carry its own air supply and became the standard-issue gas mask in the U.S. Army in World War I.

The 100th anniversary of America’s entrance into World War I will occur in less than two months, and numerous black sci­en­tists played an important role in the war effort. Without Garrett Morgan, many thousand more brave souls would have fallen in the fields of France, unable to breathe amidst the haze of mustard gas. 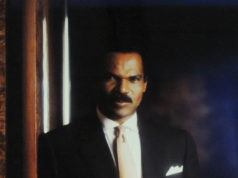 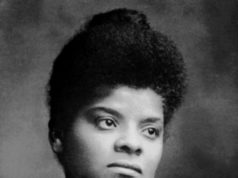 The abiding activism of Ida B. Wells 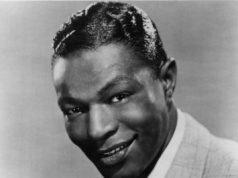