“Going forward, it may be a factor for a new donor who sees that Hillsdale has that cohort of schol­ar­ships that benefit Eagle Scouts,” Director of Financial Aid Rich Moeggenberg said. “I’m only guessing it’s a change that may not be as com­men­surate as much to the mission of our college. But there has been zero dis­cussion about the Boy Scouts of America’s recent decision.”

On Jan. 30, the Boy Scouts of America announced that it would allow trans­gender children who identify as boys to enroll in boys-only pro­grams and that they would identify the children by the gender spec­ified on their Boy Scout appli­cation.

According to Moeggenberg, private donors have pro­vided funds to finance schol­ar­ships for Eagle Scouts for the last 10 years, and there have been no com­plaints in the wake of the organization’s decision to not limit mem­bership based on gender identity.

This semester, there are 74 Eagle Scouts on campus, making up nearly 11 percent of the male student body. Junior David Van Note is one of them. Van Note reached the rank of Eagle Scout at 15 years old and said he doesn’t see the Boy Scouts of America’s most recent decision as a con­flict to either the school or the orga­ni­zation as a whole.

“I don’t have too much of a problem with it,” Van Note said. “When you look at the Boy Scout oath and the Boy Scout law, anybody of any gender could follow exactly what they say. I don’t nec­es­sarily see it con­flicting.”

While the Boy Scouts of America’s decision may not be a factor on campus, a pre­vious requirement for the schol­ar­ships, however, was that stu­dents stay active in scouting by vol­un­teering at local Boy Scout troops through the college’s GOAL program, which was dis­banded last year.

“The cri­terion for those schol­ar­ships did state that pref­erence was given to stu­dents who are active with scouting in the Hillsdale com­munity,” Moeggenberg said. “That part is missing now, but the schol­ar­ships are still here, and they’re helping our stu­dents. Once an Eagle Scout, always an Eagle Scout.”

Now that the GOAL program is gone, the college selects Eagle Scouts for schol­ar­ships based on merit achieve­ments, which include main­taining a 3.0 GPA at Hillsdale.

Moeggenberg said the scouting schol­ar­ships led to the for­mation of the GOAL program. But GOAL Program Director senior Alexis Garcia said the con­nection with local troops fizzled, because of a lack of vol­un­teers as well as active service oppor­tu­nities.

“We would have vol­un­teers go and help scouts, and they would just be sitting there during the meetings,” Garcia said. “If there isn’t really a need in the com­munity, then we figured it would be better to allocate GOAL resources to other places.”

Moeggenberg said the majority of the schol­ar­ships focus on aca­demic and merit-based qual­i­fi­ca­tions but help identify can­di­dates based on their pre­vious involvement as an Eagle Scout in high school.

Van Note, however, said he believes the GOAL program should be rein­stated not only to help the com­munity but also as a requirement for the Eagle Scout schol­ar­ships.

“I think they should include the GOAL program back as a schol­arship requirement,” Van Note said. “Some people achieved Eagle simply because they want to put it on a resume not so much that they loved the expe­rience. The GOAL program would force them to be active and would point out the people who really want to be a part of it again.”

Garcia said the pre­vious leader of the GOAL program, Ben Strickland, grad­uated in 2016 and that if there were student and com­munity interest, the GOAL Program would con­sider trying it out again.

“If there is an ini­tiative to start it back up, we would def­i­nitely be on board,” Garcia said. “But there has to be a clear need in the com­munity. We’d be open to restarting it, if a student was pas­sionate about bringing it back.” 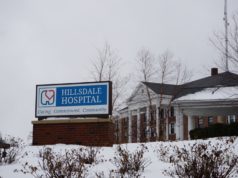 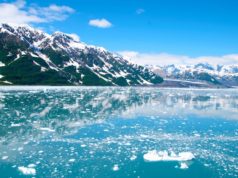