Fake news is a pressing concern, but many author­ities, including Pres­ident Donald Trump, have turned it from an oppor­tunity into an even graver problem.

Fake news, rightly under­stood, describes a money-making site that casts itself as a news media outlet while it pub­lishes wholly fab­ri­cated content.

Already, the term has lost its meaning as it’s seldom used to describe that.

At first, the wide­spread exposure of “fake news” seemed to forecast a promising future for serious reporters. It had the potential to be the turning point where readers in the Internet era began to appre­ciate quality jour­nalism. Finally, some seemed to notice the flaw with most news sites’ business model that trades money for eye­balls, clicks and impres­sions.

Some people began boasting about their deci­sions to buy sub­scrip­tions to legit­imate pub­li­ca­tions.

My hope that fake news would expose the reality that quality jour­nalism will exist only so long as people will pay for it, though, was short lived.

I report on business in one of the nation’s wealthiest suburbs, about 45 minutes from Man­hattan. Shortly before I planned to head home after a late night at work recently, a company’s senior exec­utive called and accused me of “pro­moting pro­pa­ganda” and “fake news.”

I had pub­lished a story about a protest that morning outside her company’s offices, which are located in my paper’s cov­erage area. It was one of several, unre­lated protests in town that week, and I wrote short pieces about them all.

After some back and forth, the caller’s intent was clear.

She expected me to take down the story and forget the protest ever hap­pened.

She dis­re­garded my expla­nation that our com­munity news­paper exists to inform locals about what’s going on, which includes why many passers-by saw a crowd and giant union truck protesting a share­holders’ meeting that could lead to a sig­nif­icant pay raise for the com­pany’s CEO .

Then the insults started.

She called my reporting fake news. The events described in my story weren’t invented. She, and her company, just didn’t like the neg­ative pub­licity.

She called it pro­pa­ganda, hoping that would carry enough neg­ative con­no­tation to bludgeon me into doing what she wanted. She went so far as to name drop her past employer, a prominent business news pub­li­cation, and claim she “knows all about jour­nalism ethics, and this isn’t it.”

By using and mis­using derogatory terms like fake news, she and many others seek to attack infor­mation with which they dis­agree or dislike. But by man­gling the meaning of those terms, the line between what is fake and what is real is even more blurry than before.

It’s con­ve­nient, and perhaps ben­e­ficial in the short run, to silence critics by calling their reports fake. But these author­ities should con­sider the long-term con­se­quences.

It’s widely admitted that finding high-caliber reporting is hard. And facts and data are often exploited to serve a writer’s agenda. But what are the reper­cus­sions once words like fake and real or lies and truth no longer have value?

George Orwell reasons a dim future for such a society in his essay “Pol­itics and the English Lan­guage,” which I read many times during my Hillsdale edu­cation. Political lan­guage is inten­tionally cor­rupted by everyone from “Con­ser­v­a­tives to Anar­chists” to control ideas and thoughts, Orwell writes. It is “designed to make lies sound truthful and murder respectable, and to give an appearance of solidity to pure wind.”

Per­verting things like “fake news” means we will soon lose our grip on what is real.

Ms. Bennett is a 2016 Hillsdale College graduate and is now working in jour­nalism. 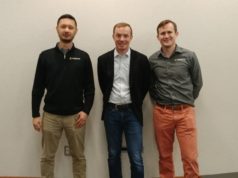 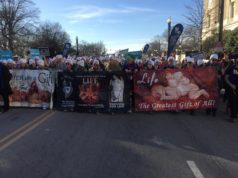