Today’s age is one in which per­son­ality dom­i­nates pol­itics. The media breath­lessly covers every Trump tweet, and Trumpian insults have quickly become America’s shared political lan­guage. Tuesday night, though, Ted Cruz and Bernie Sanders showed us a dif­ferent way of doing pol­itics.

On CNN, the two sen­ators debated issues related to the Affordable Care Act in front of a live audience at George Wash­ington Uni­versity. The debate remained issue-focused as Cruz and Sanders met on the bat­tle­field of ideas to discuss the best path forward for the American people.

The ACA debate on CNN stands in stark con­trast to the media’s cov­erage of the 2016 primary and general election. Rather than encour­aging political figures to sling mud at one another as they did so often over the last year, the mod­er­ators made sure to keep the debaters focused on ideas.

Not only does the debate do a public service, it also dom­i­nated ratings Tuesday night. According to Nielsen ratings, CNN beat Fox in the 25 – 54 demo­graphic for the first time this year. The American people — espe­cially young people — are hungry for this kind of engagement, and they will reward net­works and news outlets for giving it to them.

Pol­itics in a republic is an inher­ently delib­er­ative activity. Wash­ington, D.C. is meant to be the place where the American people gather, through their rep­re­sen­ta­tives, to discuss and make law. The Founders intended pol­itics to be based on goodwill, social trust, and vir­tuous patri­otism.

During the 2016 election, Donald Trump and Hillary Clinton both aban­doned that vision. They painted an ugly picture of the other side — “nasty women,” “bad hombres,” “a basket of deplorables.” Going back into the Obama years, lib­erals fre­quently lamented back­wards con­ser­v­a­tives who “clung to their guns and their Bibles,” and con­ser­v­a­tives whined con­stantly about “the roots of Obama’s rage.”

This kind of division is by no means new to our republic. In his Farewell Address, George Wash­ington wrote, “The alternate dom­i­nation of one faction over another, sharpened by the spirit of revenge… is itself a frightful despotism… Sooner or later the chief of some pre­vailing faction, more able or more for­tunate than his com­petitors, turns this dis­po­sition to the pur­poses of his own ele­vation, on the ruins of public liberty.”

In his 1976 book on the ante­bellum era, “The Impending Crisis,” his­torian David Potter argued that one of the reasons that the Civil War came is that South­erners and North­erners both responded not to the actual posi­tions of the opposing party, but rather the worst pos­sible stereotype of their respective posi­tions. The country was divided into the very fac­tions Wash­ington so feared, and those fac­tions trag­i­cally tore the nation apart.

Today, the soundbite culture that has developed thanks to omnipresent social media and a 24-hour news cycle has empowered those “pre­vailing fac­tions,” both during the Obama years and during the 2016 election. Instead of responding to one another, the fac­tions of the right and of the left have both resorted to fear-mon­gering.

While pres­i­dential pol­itics has been rapidly descending into the trap which Potter described over the last 13 years, the Cruz-Sanders debate shows that there is still hope for reversing the 21st century’s ugly political Balka­nization.

When our statesmen focus on the common good and a shared patri­otism, they elevate the tone of the national con­ver­sation so that the best ideas — inde­pendent of pre­ex­isting prej­u­dices and the spirit of faction — can carry the day.

Cruz and Sanders rep­resent two entirely dif­ferent political philoso­phies, and they did not avoid making strong argu­ments and debating their dif­fer­ences. But, they remained civil and respectful and con­cerned for the good of the American people.

The media ought to encourage events like these instead of incen­tivizing incen­diary tweets. The American people’s political leaders need to engage their oppo­nents, rather than treat them like enemies in a bitter war. 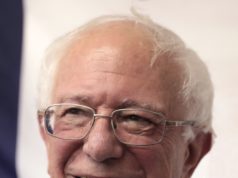 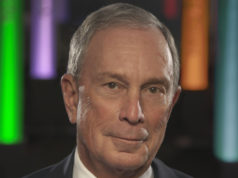 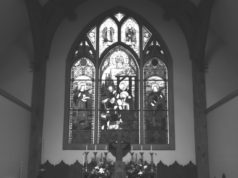