Hillsdale College’s Board of Trustees chairman William Brodbeck ’66 and his wife moved on Oct. 27 into their new house after starting con­struction on it last winter. Theirs is the first res­i­dence developed for Hillsdale’s College Park, which seeks to create housing for those who wish to live near the college and beautify sur­rounding streets.

“We, on the board, went into this project believing it to be some­thing good for the college and people here,” Brodbeck said.

The project, headed by the Board of Trustees, aims to develop housing on Manning Street and town­houses on West Street to create beau­tiful, natural-looking neigh­bor­hoods that coor­dinate nicely with campus, Chief Admin­is­trative Officer Rich Péwé said. The project is in its first stages to test the demand and success of each devel­opment.

“We’re seeing how it plays out,” Péwé said. “We have to build beds that will be filled.”

The Brod­becks have no neighbors from the ini­tiative yet, but Péwé said the board’s hope is that as outside interest grows, the plots sur­rounding his new home won’t stay empty for long.

The project plans for houses built on Manning to be sold to friends of the college and dig­ni­taries who would like a more per­manent place in close prox­imity to campus.

The college-owned house known as the Boardwalk is being torn down for this purpose, after the women living there this semester return to the newly ren­o­vated Mauck Res­i­dence when stu­dents return to campus in January.

Town­houses on West Street will be sold to indi­viduals for more flexible pur­poses. Stu­dents or inter­ested indi­viduals may be able to rent living spaces from the owners of each town­house. As another pos­si­bility, owners may use the town­houses as sea­sonal retreats where they can visit the college for part of the year and rent to vis­itors for the remaining time.

“If it goes well, then poten­tially you have more indi­vidual interest,” Péwé said. “Maybe for a place to stay on campus or to rent out to for friends, maybe to live in the first floor and rent out the upper levels.”

Brodbeck said the projects becomes more “attractive, impressive, and uplifting,” with the addition of each home and town­house.

“The whole point of this place is the prox­imity to the college,” Brodbeck said. “Being able to audit classes, coming to speeches, CCAs, sports, music, the theater.”

Further plans for Manning include the addition of street lights iden­tical to those on campus. This will make campus stretch down the street, Brodbeck said.

The hope is that by investing in Manning and West, the college will spur other invest­ments in the com­munity, Péwé said.

“It will create an eco­nomic bridge between the college and downtown,” Péwé said. “You want to create a pathway going from the college to downtown that feels safe. It will encourage people to fix up homes, invest, and buy property.”

In the meantime, Brodbeck and his wife, Janet Brodbeck, said they enjoy the many oppor­tu­nities to audit classes and attend music events held in Howard Music Hall.

“We feel very for­tunate to be here and we absolutely love the com­munity at Hillsdale,” Janet Brodbeck said. “We could be out every night.”

The Brod­becks said they are happy with their new house and its prox­imity to campus.

“We look forward to others joining us on this street,” William Brodbeck said. 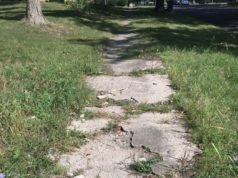 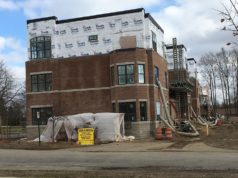 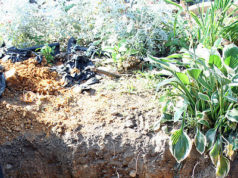 Cause of discolored water on campus unknown