“You guys look so cold!” A woman said to Disney princesses Cin­derella, Elsa, and Anna as they stood outside of Wal-Mart, ringing the bell for Sal­vation Army.

“It’s not a problem, the cold never bothered me anyway,” Elsa said. Later, when no longer in char­acter, senior Rebekah Molloy admitted that even as Elsa, she was a little cold.

The three princesses stood outside in com­plete costume for an hour, helping raise money for Sal­vation Army’s annual red-kettle fundraiser.

“It’s such a blessing to be able to really make these kids’ dreams come true. It’s not just about fancy dresses, but also kindness and wanting to be a good influence,” freshman Hannah Molloy, Cin­derella, said. Both Molloys said they were amazed by the gen­erosity of Wal-Mart patrons.

The three princesses are a part of the Liberty Princess Company, an orga­ni­zation run by senior Gianna Marchese that pro­vides Disney princess char­acters, typ­i­cally student vol­un­teers, for events.

They’ve done Wal-Mart’s Trunk or Treat, parties, a foster care ball, meets and greets, and even a Sal­vation Army Princess Day, but this is the first time Disney princesses have rung the bell for Sal­vation Army.

“As Disney princesses, we bring so much hap­piness, magic, and joy to children, and it goes so well with the joy of giving at Christ­mastime,” Rebekah Molloy said.

The company has 18 student vol­un­teers and 14 dif­ferent princess outfits.

“All the girls know the Disney stories forward and backward as a requirement for being their char­acter,” Marchese said. “We strive for 100 percent char­acter integrity all the time. As soon as they leave our base location, they are in char­acter. It’s not just like a lawn-mowing system that’s unchanging and doesn’t matter. This is little kids’ dreams.”

Marchese said it’s not just kids who love the princesses, though. Even adults love seeing the princesses — which make them the perfect fit to ring the bell for Sal­vation Army’s biggest fundraiser of the year.

Last year, Hillsdale’s Sal­vation Army made more than $156,000, just under their goal of $166,000, according to Hillsdale Sal­vation Army Admin­is­trative Assistant Kathy Stump. With the same goal this year, Sal­vation Army had raised almost $54,000 by Dec. 5, about $5,000 behind where they were at the same time last year.

Almost all of these ser­vices are pro­vided through the Christ­mastime bell-ringing fundraiser. Hillsdale’s Sal­vation Army has had singers, dancers, Batman, and Supergirl help raise money, and now they’ve had princesses too. Marchese said the Liberty Princesses are the perfect com­plement to Sal­vation Army’s Slogan: “Doing the most good.”

“In addition to making every expe­rience as magical as pos­sible, we try to teach kids that you don’t need to live in a castle or have fancy dresses or go to fancy balls — true beauty comes from within, and it’s by acts of kindness and love that that beauty radiates out­wards and that’s what makes you a true princess,” Marchese said.

By raising money for Sal­vation Army, they exem­plified that inward beauty while making children’s dreams come true at the same time.

“The best part is seeing little kid’s faces light up when you walk into a room, closely sec­onded by con­vincing someone on the fence of believing and having them interact with you as if you are that real person,” Marchese said. “The magic is just tan­gible. There’s some­thing real when princesses walk into the room.” 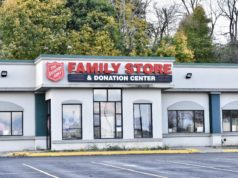 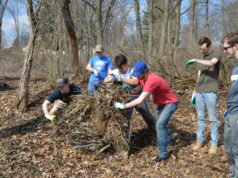 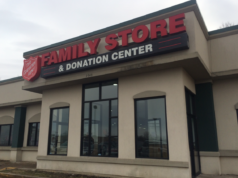