The Hillsdale Col­legian staff came together to bring you the best Christmas films to enjoy over break.

This Christmas will be the 60th anniversary of Frank Capra’s classic “It’s A Won­derful Life.” It’s a black and white film, riddled with anti­quated lan­guage, sets, and dia­logue. To an excited child on Christmas Eve, it seems like an old and slow bedtime story. So why is it so popular? Simply because of it’s message. The story of busi­nessman George Bailey’s incon­ve­nient struggles and his epiphany that one person can truly make a dif­ference in this world that would not only makes it more than just a per­manent piece of Christmas nos­talgia, but a timeless story of com­passion, love, and charity.

Every child has a favorite toy, but not every child has a story like Ralphie. The story of a young boy and his dire want for Santa to bring him a Red Ryder BB gun on Christmas may only be second to Frank Capra’s “It’s A Won­derful Life” for the most nos­talgic holiday film. Audi­ences laugh at the antics ranging from a “double-dog dare” to day­dreams of bat­tling robbers and outlaws as Ralphie tries to make his Christmas wishes a reality. Those who haven’t had the joy of seeing the movie have already heard the famous line quoted, “You’ll shoot your eye out, kid.”

“How the Grinch Stole Christmas,” based on the children’s sto­rybook by Dr. Seuss, was adapted into an ani­mated TV short in 1966 and later into a Oscar-winning film in 2000. The Grinch, an embit­tered hermit, dis­guises himself as Santa Claus and sneaks into Whoville to steal all of the town’s Christmas dec­o­ra­tions and gifts. A young vil­lager, Cindy Lou Who, catches the Grinch in his thievery and attempts to befriend him. Ulti­mately, her kindness leads the Grinch to abandon his scheme and and join in the town’s Christmas cel­e­bration.

“Rudolph the Red-Nosed Reindeer,” first released in 1964, tells the best Christmas underdog story. As viewers cheer for Rudolph to save the holiday and overcome his out­sider status, they are filled with enough Christmas cheer to carry them through the season. The movie brings a classic Christmas tune to life through an ani­mated misfit who takes the viewer on a journey to find his place in the world and save Christmas, too. The movie is packed with song and dance — and, after all, there’s nothing cuter than an Island of Misfit Toys.

“Elf,” the 2003 block­buster, fea­tures Will Ferrell as Buddy, Santa’s 6‑foot elf, who goes on a journey to reunite with his father, a Scrooge-esque char­acter who cares more about his job than his son. As Ferrell waits for his father to accept him, he becomes more accli­mated with the modernity of New York City, par­tially aided by Jovie, played by Zooey Deschanel, who works as an elf in a mall’s Christmas display. The movie is a won­derful story of redemption and love framed by Buddy’s com­mitment to returning Christmas joy to the dark, cor­porate NYC, and, ulti­mately, his father. 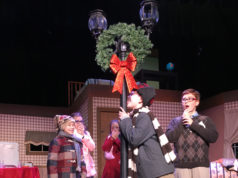 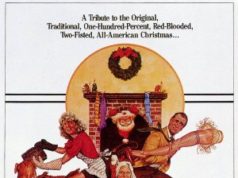