PLYMOUTH, Mich. — With the help from a Michigan Supreme Court justice, stu­dents at Hillsdale College are starting the first under­graduate chapter of the Fed­er­alist Society on campus.

After Justice Brian Zahra reach out to Hillsdale about being the adviser for the club if there was enough interest, 10 stu­dents traveled to Ply­mouth to attend the Michigan Fed­er­alist Society Annual Dinner and Grano Award Pre­sen­tation Friday. There, Zahra was honored with an award for his service in law and edu­cation.

When Zahra brought the oppor­tunity forward, Pro­fessor of Phi­losophy Nathan Schlueter, Hillsdale’s pre-law adviser, said he reached out to stu­dents who he thought might be inter­ested.

“As a lawyer who believes in the purpose of the Fed­er­alist Society and the values of Hillsdale College, I agreed to help coor­dinate and per­pet­ually be involved in this club,” Murray said.

The Fed­er­alist Society’s purpose is to pre­serve freedom, protect indi­vidual liberty, and defend America’s tra­di­tional founding values. It awards exem­plary indi­viduals that pursue this mission, such as Joe Grano, a law pro­fessor at Wayne State Law School, who Zahra’s award was named after. Grano impressed the society’s mission statement onto an entire gen­er­ation of law stu­dents, and the late U.S. Supreme Court Justice Antonin Scalia cited his criminal pro­cedure research in “Con­fes­sions, Truth, and the Law” in Dick­erson v. United States regarding admis­si­bility state­ments during inter­ro­gation.

Zahra also has devoted himself to instructing future lawyers, dividing his time between teaching and prac­ticing law.  After grad­u­ating with honors from Uni­versity of Detroit Mercy in 1987, Zahra clerked for Justice Zatkoff until 1989, when he accepted a position at Dick­inson Wright PLLC, spe­cial­izing in com­mercial and product lia­bility lit­i­gation.

Michigan Gov. John Engler appointed Zahra to the Wayne County Circuit Court in December 1994, and Zahra also taught at the Uni­versity of Detroit Mercy School of Law. Four years later, Engler appointed him to the Michigan Court of Appeals. Gov. Rick Snyder appointed him to a partial term to the Michigan Supreme Court in 2012, and he was elected to a full term in 2014. Zahra then taught at Uni­versity of Michigan-Dearborn, as a senior fellow of law and public policy from 2015 – 2016, and he served as an adjunct pro­fessor of law at Michigan State Uni­versity College of Law from January to June.

Michigan Supreme Court Justice Stephen Markman, another member of the Fed­er­alist Society’s of Michigan Lawyers chapter, met with the stu­dents Friday. He has taught Con­sti­tu­tional Law at Hillsdale College since 1993.

The event got the 10 Hillsdale stu­dents excited for the new orga­ni­zation, they said. Sophomore Anna Perry, one of the Hillsdale College Fed­er­alist Society and Pre-Law Club’s founders, said she hopes the new group will create a com­munity for stu­dents inter­ested in law school.

“I wanted to create a club to foster dis­cussion among sim­i­larly-minded indi­viduals, to provide a pro­fes­sional sphere for an LSAT study group, and to bring in prominent speakers from across the United States,” Perry said.

Hillsdale’s Fed­er­alist Society is holding its first meeting Thursday from 12:30 – 1:30 p.m. in the Knorr Student Center’s Old Snack Bar. Zahra will expound on the purpose of Hillsdale’s chapter. The group is pro­viding pizza.

“Tra­di­tional values are not out of date,” Zahra said in his Grano Award accep­tance speech. “They are not un-American, regardless of the pro­nounce­ments of the intel­lectual elites…In 22 years of judicial service, I have resisted the temp­tation to grow in office. Tonight is an affir­mation. I have ded­i­cated my career to ensuring equal justice under law, through faithful inter­preting the words of the law.” 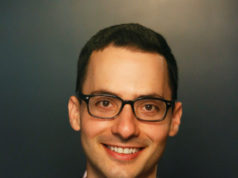