Sopho­mores Isabelle Parell and Dominic Whalen stepped onto campus this semester armed with knives and aprons, hungry to start the first Hillsdale club revolving around food — the Culinary Arts Club.

Parell and Whalen are now the pres­ident and vice pres­ident of the Culinary Arts Club, which they formed in order to provide culinary edu­cation and cooking oppor­tu­nities.

Parell was inspired to start the club while watching “Chopped,” a popular cooking show on Food Network hosted by Ted Allen, during finals week in the spring of 2016.

Parell and Whalen worked as chefs over the summer — Whalen at Johnny T’s Bistro in Hillsdale, and Parell at Sulu Country Store in Montana. Both developed their cooking skills and con­fi­dence and decided to share it at Hillsdale.

“As the summer pro­gressed, it became increas­ingly clear that my passion lays in the culinary arts: not just in eating food, but making it and sharing it with others,” Parell said. “This led me to the decision to pursue a career in the culinary arts, and this decision opened my eyes to the lack of oppor­tu­nities to learn about the culinary arts at Hillsdale.”

Parell and Whalen brought that oppor­tunity to Hillsdale.

“The purpose of the Culinary Arts Club is twofold: first, to equip stu­dents with basic culinary skills that will improve their expe­rience when cooking, and second, to present fre­quent oppor­tu­nities to stu­dents inter­ested in the culinary arts as a hobby or as a potential career to use those skills,” Parell said.

The Culinary Arts club plans to hold bake sales to raise money for events so they are not solely funded by Student Fed­er­ation. The club raised $100 during Parents’ Weekend, and they plan to host a chili cook-off com­pe­tition in the Biermann Ath­letic Center and co-host the annual Charger Chopped event with the Student Activ­ities Board in the Grewcock Student Union.

“The Culinary Arts club meetings will be divided into three types: hands-on cooking in a kitchen, a cooking demon­stration, and outings, which might include visits to local restaurant-sourcing farms or trips to spec­tacular restau­rants,” Whalen said.

“We will teach grilling, baking, broiling, and will impart skills so that when stu­dents are out in the business world, they aren’t just eating mac­aroni and cheese. We can at least teach you how to enhance mac­aroni and cheese and Ramen,” said Whalen. “Isabelle and I both treat cooking as a release from academia, and we hope to share this release with others while teaching and learning more through this club.”

Whalen and Parell have a long history of cooking. Whalen began cooking for his Boy Scout cam­pouts, upgrading to a grill a few years later, while Parell started making simple meals from cook­books, and enjoyed it so much she chose to pursue culinary arts for her career.

“Food is so amazing because there are no morals involved. You give it to people, and they either like it or don’t. If they don’t, you can make the recipe better,” Parell said. “I wanted to learn more about culinary arts firsthand from restau­rants and chefs, so Dominic and I created a means by which to accom­plish this goal. As a Hillsdale College club, rather than as single stu­dents, we will have more authority in our future events.”

The Culinary Arts Club was rec­og­nized through Student Fed­er­ation on Oct. 19, after filling out numerous forms and picking a faculty adviser, Classics Chairman Joseph Gar­njobst.

“It was a lot more paperwork than I expected,” Whalen said. “Thank­fully, Anthony Manno helped us through the process. It took a while to answer the question, ‘How will your club fit into Hillsdale College’s mission?’ but we managed to prove our point.”

“Basic cooking skills allow stu­dents to be self-suf­fi­cient and healthy, and enjoy eating their food, rather than just con­suming it,” said Parell.

One outing event planned is a demon­stration from junior Brendan Clarey on roasting coffee beans with a stovetop popcorn maker and a propane burner.

“I’m crazy obsessed with coffee, so I would love to show the dif­ference between fresh-roasted and two week-old coffee,” Clarey said. “After the demon­stration we could drink the fresh roasted coffee and compare it to older coffee.”

No matter the demon­stration, the Culinary Arts Club aims to inspire stu­dents to cook and eat good food.

“Our goal is to bring people together over a shared interest, that will hope­fully turn into a passion for culinary arts,” Whalen said. “I don’t think people realize exactly how fun food can be.” 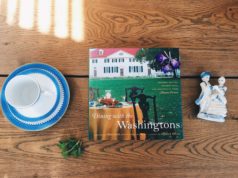 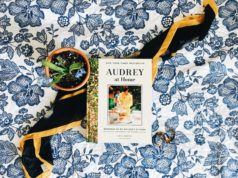 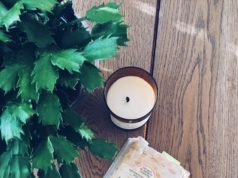 Great Cookbooks: Fannie in the kitchen