Although law enforcement has found nearly 70 credit card skimmers — small devices that capture credit and debit card infor­mation — at gas station pumps across the state of Michigan, none were in Hillsdale County.

Gas sta­tions in Cold­water were the closest loca­tions at which law enforcement found skimmers in a recent Michigan Department of Agri­culture and Rural Devel­opment report. Man­agement of Hillsdale gas sta­tions said they implement several security mea­sures to protect their cus­tomers from identity theft and have plans to install EMV chip readers — EMV stands for Europay, Mas­terCard, and Visa, the first com­panies to use the readers — for further safety.

“Above all, the main thing is your guys’ safety,” said Cortney Longrey, store manager at Team One Food Store at 240 S. Broad St. “That’s the worst thing in the world, having somebody get your credit card info.”

Jen­nifer Holton, com­mu­ni­ca­tions director for Michigan’s agri­culture department, said law enforcement found three skimmers at gas sta­tions in Cold­water in November 2015, since the first skimmer in Michigan was found in the Grand Rapids area more than a year ago. The skimmers in Cold­water were sub­se­quently removed.

Law enforcement inspects gasoline dis­pensers on a quar­terly basis for skimmers, which someone can install in seconds.

Although Cold­water is over 20 miles away, Hillsdale gas sta­tions still implement safety mea­sures, including sur­veil­lance mech­a­nisms and security labels, to keep fraud­sters away.

Now, gas station man­agers are looking into EMV chip card readers. Michigan law requires that by Oct. 1, 2017, all gas pumps must be able to read these inte­grated cir­cuits on credit cards.

Unlike typical credit cards’ mag­netic strip, infor­mation trav­eling from the card’s chip at the pump to the store’s com­puter is encrypted, making it harder for skimmers to read the name and card number being trans­mitted.

The Citgo at Team One has the machines for reading chips, but the system needs an update before it will be fully func­tional, Longrey said. Others are waiting for the hardware to become available, since the new chip readers are in high demand, said Ed Heath, vice pres­ident of oper­a­tions for Folk Oil Company, which owns PS Food Mart at 17 Car­leton Road.

For now, Hillsdale gas sta­tions are using other means to protect their patrons.

Team One also has a security system with 16 sur­veil­lance cameras to keep watch on its pumps, entrances, and exits, Longrey said.

The store also places security labels over the pump’s lock. In order to insert a skimmer, the identity theft would have to open the lock. If someone peels back the tape, the label will read void. Team One checks the labels every day, Longrey said.

“We haven’t had any problems,” she said. “Some places have… because they’re not placing the labels on the pumps properly. You have to put them where the skimmer can get in and out of pump — that’s the key opening.”

Longrey added that Team One also has the security tape on its credit card reader inside the store.

“People don’t think that can be tam­pered with, as well,” Longrey said.

Most people use the credit card reader inside the store, she said, though the pumps outside receive about 75 trans­ac­tions a day.

Longrey said the labels are important because pumps’ locks are uni­versal, meaning a single key can open almost all gas station pumps in the state and even across the country.

That’s why PS Food Mart’s Citgo uses a pro­pri­etary lock set on its pumps in addition to using security tape and video sur­veil­lance, Heath said. The set changes the locks so that only the set’s keys can open the pumps.

“It closes the door on some folks,” Heath said. “We want to make our­selves a less attractive target.”

Looking ahead, although the United States is switching to EMV credit card chips, Heath said Amer­icans are still missing out on further pro­tection. The chips can employ a per­sonal iden­ti­fi­cation number, but credit card com­panies are not using that measure, at least not yet. Chip and PIN ver­i­fi­cation would require shoppers to input a four or six digit code when they use their card.

“It’s a security tool that would’ve made us a whole lot stronger,” Heath said.

Nonetheless, Heath said the mea­sures in place are helpful in deterring identity thieves and pro­tecting cus­tomers.

“There isn’t a legal requirement, but to say there’s not a moral requirement would be inac­curate,” Heath said. “Just as you want to protect your cus­tomers’ safety phys­i­cally, we need to so elec­tron­i­cally.” 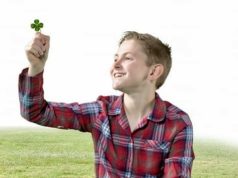 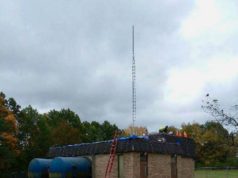