Although the group con­sidered changing the name to the Hal­loween Run in order to include more char­acters than zombies, like clowns, it rejected the idea because of con­cerns over them being seen as actual threats, Campus Rec Co-Director senior Matt Vani­sacker said.

“We were drawing the line of being funny or serious with it,” Vani­sacker said. “The fact that there have been clown sightings on campus meant that we didn’t have a spe­cific way to control ‘Is this a Campus Rec clown, or is this a high schooler from the com­munity?’ It was a close judgement call, but we’re going to stick with zombies.”

Earlier this month, clown sightings on Hillsdale’s campus led to mul­tiple reports to the security office, after several clown-related inci­dents occurred in more than a dozen states in the U.S.

Instead of changing the name of the run, Campus Rec opted to change its starting time. After lis­tening to stu­dents’ responses to last year’s Zombie Run, it moved the start time from 1 p.m. to 7 p.m., 12 minutes after sunset, Vani­sacker said.

“We talked to people last year after the run, and they were like, ‘This is awesome, but it would be even more awesome if it were at night,’” Vani­sacker said. “It really gives people the true effect. I think it will be a cool atmos­phere. You may get some natural fog or some­thing. We’ll see.”

The event will take place Sat­urday at 7 p.m. at Hayden Park. 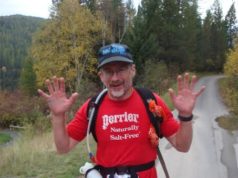 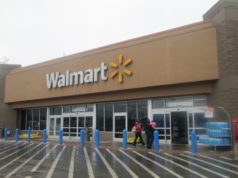 Walmartathon: a defense of Physical Wellness 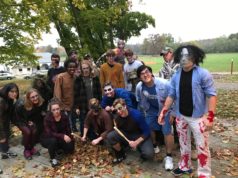