Geoffrey Rap­paport is an entre­preneur and busi­nessman who co-founded the dis­count haircut fran­chise Supercuts with Frank Emmett in 1975. During a lun­cheon with Hillsdale College stu­dents Wednesday, he dis­cussed his belief in the impor­tance of a liberal arts edu­cation and also shared devel­op­ments of his new chain dental service.

Being a hair cutter, holding a cos­me­tology license, my partner and I decided we needed to do some­thing with that license. What we’d seen by observing the public, our cus­tomers while we were in beauty school and just the general public, was that what was out there and the alter­na­tives that existed were not what the public wanted. The choices they had were bar­ber­shops and beauty parlors and the guy with the electric shears — none of them ever estab­lished the quality of a haircut for a price. It was a time of hippies with long hair, people cutting their own hair. You couldn’t go to anyone who could actually give you a rea­sonable haircut at a rea­sonable price at con­ve­nient hours.

How do you believe your com­pe­tition has changed over the years, and how do you think your com­petitors were moti­vated after you created this dis­count model?

A lot of our com­petitors actually believe there was a dis­count, but we saw it as estab­lishing a price for a service. We can deliver a high quality service at a given price. We picked that price, given our overhead and given the fact we wanted to pass along savings to people. We paid hair­dressers an hourly wage, not based on the number of cus­tomers they could produce, so that allowed us to set a standard for the price in the industry. We were the market entre­pre­neurs; we came up with the price for our high quality service. Com­petitors saw it as a dis­count product or dis­count service, and that has never worked out long for them. When we opened our first store in Albany, Cal­i­fornia, on San Pablo Boulevard, our haircuts were $6. A fellow opened up shop across the street, and on the window of his shop, it said, “We fix $6 haircuts.” Forty-one years later, we have almost 3,000 stores, we have 20,000 – 30,000 employees inter­na­tionally, and he’s no longer there.

What led you to believe that this model you created in Supercuts could transfer to den­tistry in Super­teeth?

I looked around to see what was com­pa­rable to the system that Frank and I had developed, which was actually for pre-indus­trial craft. Machines can’t give haircuts vir­tually, and den­tistry cannot be done by machines. I looked around the world and then looked at the history of our own craft in which barbers and sur­geons were basi­cally the same people at one time. When you looked at what they really did, the tasks they per­formed with their hands, the question was very obvious. Could I establish a rea­sonable price for that service, put ser­vices on a menu, and let people select exactly what they want — much like Supercuts, where you could pick and choose exactly what you wanted for a given price? What work could you get people to do? Could you train people to do it, and could you train people to train people to do it? It’s not far-fetched, if you look at it sys­tem­i­cally and his­tor­i­cally.

Would you say this new model is pri­va­tizing the healthcare system?

It’s supply-side public health. We set a price for a service that we can deliver. We can deliver to anyone any­where in the times we are open. It has a standard of quality. The menu covers eight basic ser­vices that people all over the world ask for. I ran a survey to find out what people really want when they go to the dentist, all of which are on our menu for the same price. People select from that. They’re not told what they should have; we’re not charging them according to their insurance. We’re charging them according to what we believe is a fair price, much like we did with the haircuts. Our cus­tomers are cus­tomers, neither patients nor clients, and we do what they ask for not what we want.

How does this service come into exis­tence without the gov­ernment reg­u­lating it?

We don’t actually go around it. What’s nice about licensing is that it means all that come to us are qual­ified. It sets the para­meter for health and safety stan­dards. We know these people are properly trained in their craft, but we have to teach our den­tists, cos­me­tol­o­gists, and barbers how to treat cus­tomers. Your job as a craftsman is to make sure they get what they want.

Does your model make it easier for den­tists to enter the work­force?

Yes. The reason is the same as it is in the beauty industry. When you come fresh out of dental school, you have very few choices, just like a cos­me­tol­ogist. Working for us, you bring nothing; we provide it all. All we want is your expertise and your avail­ability to work, your interest in making a living and doing the very best job you can. It is ide­al­istic, but it works that way. You bring nothing but yourself and your skills and your license; we will teach you how to relate to the public.

What are some of your future goals for Super­teeth, as it becomes more present in the market?

Ideally, Super­teeth is a boon to third world coun­tries. Amer­icans, like our­selves, have a lot of choices. The rest of the world suffers from very bad, if not non-existent, dental care. Super­teeth has a system based on the Supercuts model to deliver these products worldwide in a way they are delivered in the United States. I see its future off­shore. I’m more inter­ested, at this point, in my life in taking this to places that have never seen American inge­nuity like this. 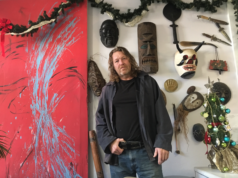