On Wednesday, Oct. 19, CNN’s Chris Cuomo reported that “it’s illegal to possess” the emails released by Wik­iLeaks. The reporter then claimed the rules are “dif­ferent” for the media and asserted that his audience would only learn about the doc­u­ments through Cuomo and his fellow jour­nalists. These state­ments are nothing more than half-truths to mislead the public and grossly exag­gerate the media’s authority.

Cuomo and CNN jumped to con­clu­sions in stating that its viewers could not legally possess the emails of John Podesta, Clinton’s cam­paign manager. It is illegal to possess doc­u­ments if they are stolen. However, Wik­iLeaks’ methods for obtaining the emails have not been ver­ified, and the orga­ni­zation itself has called hacking claims “spec­u­lation.” CNN is mis­taken in reporting assump­tions instead of facts.

This “we’ll take it from here” approach to reporting is con­de­scending and implies that jour­nalists are a special class of cit­izens. The priv­i­leges assigned to jour­nalists by law are limited to pro­tec­tions from backlash. It is these laws that prevent jour­nalists from law­suits for reporting harsh facts about public figures, such as pres­i­dential can­di­dates. However, they do not entitle Cuomo and other news outlets to exclusive access.

Wik­iLeaks is a public website. The doc­u­ments it releases do not need to be “pos­sessed” to be read. Anyone with internet access may legally read them. Cuomo’s state­ments are a delib­erate attempt to prevent his audience from reading the doc­u­ments and drawing their own con­clu­sions. The people who consume the content that jour­nalists produce are equally entitled to consult public sources on their own.

Cuomo’s attempts to mislead the public, par­tisan or not, go against the basic prin­ciples of jour­nalism. While the media may be granted excep­tions under law, there is no rule barring the public from choosing alternate sources for infor­mation nor should there be. The growth of social media and inde­pendent jour­nalism web­sites has enabled users to per­sonally fact-check any story if they choose. The freedom of the press guar­anteed by the First Amendment does not declare the media to be this country’s only source of infor­mation.

The Col­legian does not encourage this type of reporting. Readers may freely seek the public sources of the stories they see printed in this paper or any other news pub­li­cation. 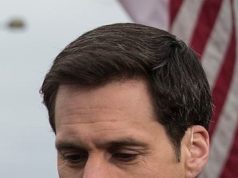 Media must verify first, even in breaking news