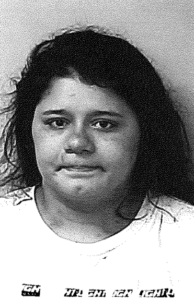 According to a police report, Capt. Carl Albright responded to a dis­tressed caller, who claimed she had been the victim of an assault on Aug. 23, 2016. The caller accused Brandon Rumer, 27, of the assault, and informed Albright that Rumer was hiding in Garden Grove apart­ments in Hillsdale.The tip led Albright to 18 Garden Drive, where Lucio had been hiding Rumer, who was also the target of a sep­arate HCSD search, for neglecting mul­tiple child support pay­ments.

“When I arrived at the house, I lis­tened to the door, knocked, heard foot­steps, but no one answered. They had propped the interior door so that I couldn’t get in,” Albright said. “Once we got the door open, I con­fronted Lucio with the infor­mation I had, which she denied.”

According to the police report, Rumer was not in the house when the police arrived, and was later found hiding in the woods after a nearby con­tractor claimed he had seen a man jump out of the window.

When Albright con­fronted Lucio for lying to the police, she responded, “I am sorry. Brandon came to my apartment last night and said his babies’ momma had kicked him out and he needed a place to stay, so I let him,” according to a police report.

Lucio was then placed under arrest and, according to a police report, began crying.

Rumer was later located by Officer Shelby Rathbun about a half mile from the suspect’s sister’s apartment.

“As I walked down a path I observed Brandon Rumer sitting on the ground in front of a large tree,” Rathbun wrote in the police report.

Rumer was then taken into custody and obtained an addi­tional charge for resisting arrest.

Rumer, who is cur­rently in the Hillsdale County Jail with no bond allowed, was charged with resisting arrest and domestic violence/assault and battery. He also has two civil war­rants for child neglect.

Lucio and Rumer appeared in the Hillsdale Dis­trict Court on Sept. 7, 2016 for their probable cause hearings.