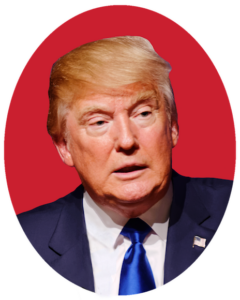 They have nom­i­nated can­di­dates who are indis­tin­guishable from the Democrats. Now, Repub­licans finally have a can­didate who is changing the game. Donald Trump has thrown out the old playbook and is devel­oping a new strategy.

Trump has the fire and desire to change Wash­ington, D.C. He under­stands that it needs to change from the inside out. Wash­ington insiders don’t really under­stand what this change means, so they don’t want it to happen. They have been a part of a system of political and legal bureau­cracy for too long. It has become com­mon­place to make corrupt pay-to-play deals that are now seen as normal. Trump con­stantly says he will put an end to cronyism and throw out the rigged system.

The American people have heard Trump and responded in massive numbers at his rallies and speeches. Many Amer­icans want real change in Wash­ington and agree with Trump’s vision of where our country should be heading. His slogans, “Make America Great Again” and, “America First,” res­onate because many people believe the political elites have for­gotten about them. Trump has shown that he has deter­mi­nation to truly change Wash­ington and return it to the people, because he isn’t a career politician and doesn’t owe anyone any favors, aside from the people.

Trump’s tax policy will sim­plify the tax code and elim­inate all deduc­tions, except for char­i­table dona­tions and mortgage interest pay­ments. He will scrap friv­olous taxes like the estate and Oba­macare taxes, and Trump’s cor­porate tax cuts will breathe much-needed life into American busi­nesses.

As he said in his Detroit speech this summer, “These reforms will offer the biggest tax rev­o­lution since the Reagan Tax Reform, which unleashed years of con­tinued eco­nomic growth and job cre­ation.”

False claims about Trump being racist or bigoted have fallen by the wayside as the media have tried des­per­ately to get some­thing to stick.

His plan to remove illegal immi­grants from the United States is far from racist — it’s common sense. Trump’s website says, “A nation without laws is not a nation. Laws passed in accor­dance with our Con­sti­tu­tional system of gov­ernment must be enforced.”

Trump has made it clear that under his pres­i­dency, illegal immi­grants who commit crimes and drain the welfare system will have no place in the United States. To achieve this, he plans to triple the number of Immi­gration and Customs Enforcement officers and detain illegal aliens who are appre­hended for crossing the border until they can be sent home.

Trump has also focused on Veteran’s Admin­is­tration reform. With 22 vet­erans com­mitting suicide every day, the VA is failing our vet­erans.

Care is dif­ficult to receive and incom­plete when given. Trump’s website says his plan is to elim­inate the waste, fraud, and abuse at the V.A.. Trump will fire the corrupt VA exec­u­tives and replace them with new lead­ership that will focus on deliv­ering timely, top quality treatment to our vet­erans. By increasing funding for post trau­matic stress dis­order and suicide pre­vention pro­grams, the VA will be able to address vet­erans invisible wounds.

The American people’s decision in November will either grant more power to the elites or return it to the people. Trump boldly asserts that it is the right of the people to rule. His offensive cam­paign tactics will place the Repub­lican party in a position to restore the will of the people. Trump is playing to win our country back.
Peter is a junior studying eco­nomics. 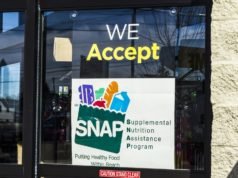