Michael Luc­chese (“True beauty isn’t ‘sexy,’” Mar. 3) argued that the Sports Illus­trated Swimsuit Edition is “indecent.” His con­clusion is right, but his analysis is incom­plete.

Like too many critics of American sexual dys­function, Luc­chese focuses on the vices of men. It is “high school boys” and “des­perate, middle-aged men” who “gawk” at women as “pieces of meat.” His one-sided crit­icism would seem to play into the common assumption that men’s sexual desires are more base and vulgar than women’s.

Yes, men objectify women’s beauty. But women do the same for men’s power, status, and wealth. Just look at the objects of female sexual fantasy. The heroes of romance novels are not kind, pudgy, middle-aged accoun­tants who provide a steady pay­check, but handsome, mus­cular, and sex­ually rav­enous fire­fighters, vam­pires, cowboys, etc. The objec­tified pro­tag­onist of Fifty Shades of Grey (which sold 125 million copies) is a bil­lionaire bad boy with a taste for violent sexual dom­i­nation.

Luc­chese, however, frames women as innocent victims of a culture of male nean­derthals who merely want to prey on their beauty. He assumes that our culture of pornog­raphy is what teaches women “to desire to have men lust after them,” as if women would not want to be lusted after. This is naive. The women who par­tic­ipate in making the Swimsuit Edition are not victims; they under­stand full well the advan­tages of their sex­u­ality and the access it gives them to wealth, power, and status.

Take Kate Upton for example, an average woman in all respects but her looks. She leveraged her body into a multi-million dollar mod­eling career and a rela­tionship with one of the best-paid ath­letes in America.

Con­trary to popular belief, women are no more monog­amous than men. In fact they ini­tiate 70 percent of divorces, despite research showing men and women commit adultery at roughly the same rate. Men and women are both prone to socially destructive vices.

The problem is not that men and women treat one another as means to an end, but as means to bad ends. Civ­i­lization demands that sex aim at the cre­ation of new life and the mutual support of spouses. Smut, for both men and women, under­mines this order. It fosters envy and cov­etousness; pro­motes fan­tasies over actual, life-giving sex and the rearing of children; and encourages for­ni­cation, which threatens the monog­amous foun­dation of our civ­i­lization.

Still, there is nothing wrong with men appre­ci­ating female beauty or women appre­ci­ating men’s strength and status, but like any desires these must be ori­ented toward what is good. We need to be wary of taking the anti-porn argument too far, to the point that we treat a man desiring a woman sex­ually as an evil in itself. Because the reality is that true beauty is sexy. The things men find beau­tiful about women are grounded in the bio­logical require­ments for cre­ating new life.

A woman’s virtue doesn’t make her beau­tiful. It makes her good. There is a dif­ference. Although virtue matters immensely in selecting a spouse, it doesn’t create the spark of physical desire nec­essary for romance. The point is not to free our­selves from our sub­ra­tional desires but to guide them.

But by ignoring the full truth about men and women’s sexual natures it makes it harder to attack destructive vices. We must con­front the reality of human sexual failings as a whole, not just in part. By doing so we will make lasting love and hap­piness more likely. 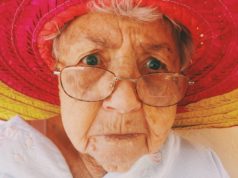 Hiding Behind the Crocheted Blanket: A Generation of Laziness Uncovered