“Let me just clear some­thing up for everybody,” Priebus said. “Whoever the nominee is for our party, they will get the full backing and 100 percent support from the Repub­lican party. We don’t take sides. I think the odds of a con­tested con­vention are very small.”

Priebus dis­cussed the state of the Repub­lican party, specif­i­cally the pres­i­dential race, during a public Q&A session with Sean Hannity. At one point, Hannity addressed the crowd asking them if they had seen Rom­ney’s speech. The crowed responded with booes.

“I voted for Mitt Romney in 2008,” Hannity said, “and I have to say I am not happy with the speech he gave yes­terday.”

“I agree with Priebus,” Striden said. “I’m a Cruz sup­porter, and I’m not a Trump fan. But, I don’t think we need to manip­ulate the system with a bro­kered con­vention.”

Priebus said while the sig­nif­icant response to GOP drama comes off as dis­unity, it is also an indi­cator of energy within the Repub­lican Party.

“There is some drama; we know that; there is intrigue, but with all of that comes a huge level of enthu­siasm,” Priebus said. “We are seeing a his­toric turnout across this country like we’ve never seen before. We had 17 million people watching the Fox News debate last night. It’s amazing.”

In addition to dis­cussing the current pres­i­dential election, Priebus said the RNC is finan­cially stronger than the Demo­c­ratic National Com­mittee and its efforts to secure the pres­i­dency.

Priebus con­cluded his com­ments saying the focus of the RNC will be in giving full support to the next nominee. He said they will “save the Supreme Court for the next gen­er­ation.”

CPAC attendee John Hubbard said, overall, he was excited by the RNC’s efforts to unite the party and fight off Clinton’s run for the pres­i­dency. He said he believes Romney’s idea of a third party can­didate would harm its mission.

“They’re doing a lot,” Hubbard said. “Nobody should want to vote for the Democrats. Anyone who will­ingly chooses to vote for another can­didate by cre­ating a bro­kered Repub­lican National Con­vention will be making a big mistake.” 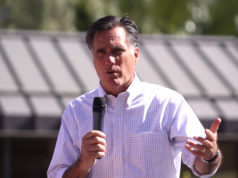 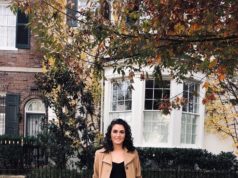 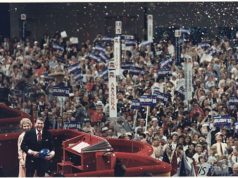