Ericka Andersen, a social media and com­mu­ni­ca­tions guru, is the digital director for National Review. A mother of one cur­rently living just outside the Wash­ington, D.C., area, she also runs a popular lifestyle, running, and food blog. Andersen spoke to jour­nalism stu­dents Tuesday, March 1 about having a social media presence and cre­ating a per­sonal brand online.

Why is social media branding important?

Social media branding is important because it dis­tin­guishes you from others in your field. It helps you gain a rep­u­tation for your work. It’s great for net­working and cre­ating foun­da­tional rela­tion­ships for whatever it is you want to do in the future.

How do you get more fol­lowers, and how does that change across dif­ferent plat­forms?

There are dif­ferent strategies to get more fol­lowers, depending on what platform you’re talking about. The way you get valuable fol­lowers is to start engaging in the com­munity. You can’t look at social media as a chore or some­thing to check off your list. You have to start loving social media as some­thing you really actually enjoy doing; you actually get to know people for who they are — it’s not just part of a business plan.

How do you stay con­sistent across plat­forms without simply repack­aging the same content for dif­ferent outlets?

What is the best way to compose a tweet to get maximum feedback?

Don’t make it too long. You want to keep it so that it’s some­thing that someone can read very quickly. Obvi­ously, people are speeding through people, and the minute that it seems like it’s too com­pli­cated to read or under­stand, they’re just going to skip it. So some­thing that is simple, some­thing quick, and some­thing with an image attached to it. You want to use a hashtag. Depending on what you’re tweeting about, make sure you’re using the appro­priate hashtag. Some­times it’s appro­priate to say “retweet if you agree.” Giving someone a call to action is always a good practice because some­times people are just waiting to do some­thing. They won’t do it on their own, but if they see you ask for it, they will.

How important are photos for posts?

I try not to put up any­thing without a photo. Most of my tweets for National Review have a photo. Tweets with photos get way more engagement, just because they catch your eye. You have to pick out a good photo, a rel­evant photo, and you have to think about what’s going to capture someone’s attention. Having a photo is really important.

Why is it important to engage with your audience?

What are some ways that you can engage in your com­munity?

Just responding. Responding to tweets, responding to com­ments, responding to ques­tions. On a daily basis, make sure that you’re going through and answering any ques­tions. I need to do a better job of that on Instagram because I always forget about com­ments. Another way is to make sure you’re asking people ques­tions, make sure you’re actually getting their feedback. Take a poll. Sometime you don’t even realize you’re missing some­thing or that there’s a big demand for some­thing unless you ask. Asking those ques­tions and just paying attention to what your demo­graphic is doing online.

What are three tips for someone trying to build their per­sonal brand?

Make sure you have your foun­da­tional social media pro­files and they’re branded the same across all. Have a website, preferably some­thing with your name in it. Make a list of people that are doing a good job of their own branding in the field that you’re wanting to be branded in and just study them and emulate some of the things that they’re doing.

Hillsdale’s top students: Where are they now? 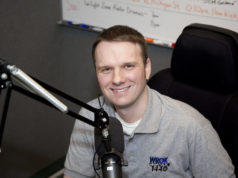 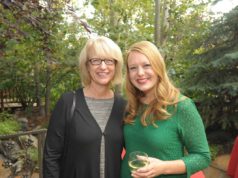