In less than four months, our Canadian neighbors will become the fifth western country to legalize physician-assisted suicide.

Such legal­ization creates a pseudo-autonomy that burdens the ter­mi­nally-ill and elderly to face to their “duty to die.”

Ideally, physician-assisted suicide grants greater patient control over end-of-life deci­sions; however, serious flaws emerge within its par­adigm. First it sug­gests to the ter­mi­nally-ill and elderly that they’re lives are not worth-living anymore, mor­phing into an insidious, sac­ri­ficial morality which many pro­po­nents advocate as their “duty to die” and save resources for the next gen­er­ation.

Sec­ondly, physician-assisted suicide inher­ently endangers the vul­nerable by sharing decision-making power with a physician who renounced his oath to “do no harm.” Ulti­mately, autonomy rests in the pen of physician to pre­scribe the lethal dose of bar­bi­tu­rates. In America, Medicare funding is expected to rise 72 percent over the next eight years and physi­cians are already making tough deci­sions to ration med­icine. How many think the elderly and ter­mi­nally-ill have a duty to die?

In 1984, Col­orado gov­ernor Richard Lamm famously said that the elderly have a “duty to die and make way for the next gen­er­ation.” Ref­er­encing Lamm’s statement in the opening sen­tence of his infamous Hastings Report, philosopher John Hartwig says that people are “victims of twisted moral rea­soning or vicious social pressure,” if they think legal­izing physician-assisted suicide obligates a duty to die.

If you keep reading, however, Hartwig asserts that “to have reached the age of, say, seventy-five or eighty years without being ready to die is itself a moral failing, the sign of a life out of touch with life’s basic real­ities.”

Pro­po­nents of assisted-suicide claim that the patient’s consent pro­tects them from Hartwig’s credo. Those over eighty years old may have a sup­portive family who do not see grandpa or grandma as a moral failing, but their physician or insurance company may decide oth­erwise.

The per­ilously slippery slope of assisted-suicide has been well-doc­u­mented in the Nether­lands, where it has been legal since 1981 and dis­plays a fright­ening tra­jectory.

In 2013, the number of deaths by assisted-suicide rose by 15 percent and another 10 percent in 2014. These numbers do not include the pro­jected 23 percent of unrecorded addi­tional assisted-suicide deaths, as reported in a 2010 Lancet study.

The most shocking sta­tistics come from the Remm­lieck Report, the most com­pre­hensive study on end-of-life deaths in the Nether­lands. A 1996 study doc­u­mented that beyond the roughly 3,600 cases of physician-assisted suicide and euthanasia reported in that year, approx­i­mately 1,000 cases of invol­untary euthanasia were reported.

Responding to a survey spanning from 1998 to 2014, of the 857 ter­mi­nally-ill patients who died by ingesting a lethal pre­scription dose under Oregon’s Death with Dignity Act, 96 percent said an end-of-life concern was loss of autonomy, com­pared to 33 percent who listed uncon­trol­lable pain.

The number of deaths by physician-assisted suicide has been steadily rising since its legal­ization in 1997.

Legal­izing physician-assisted death has been slow-moving in the U.S., but as pres­i­dential can­didate Hillary Clinton expressed her desire to “cat­alyze the debate,” Amer­icans should expect to see leg­is­lation on assisted suicide reach the federal level in the near future, regardless of which pres­ident is elected.

Instead of priv­i­leging patient’s wishes, assisted suicide damages the integrity of the medical pro­fession and leads to uncon­trol­lable con­se­quences. Amer­icans need only look across the Atlantic for proof. 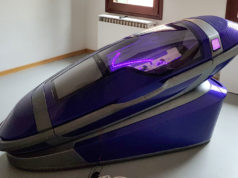